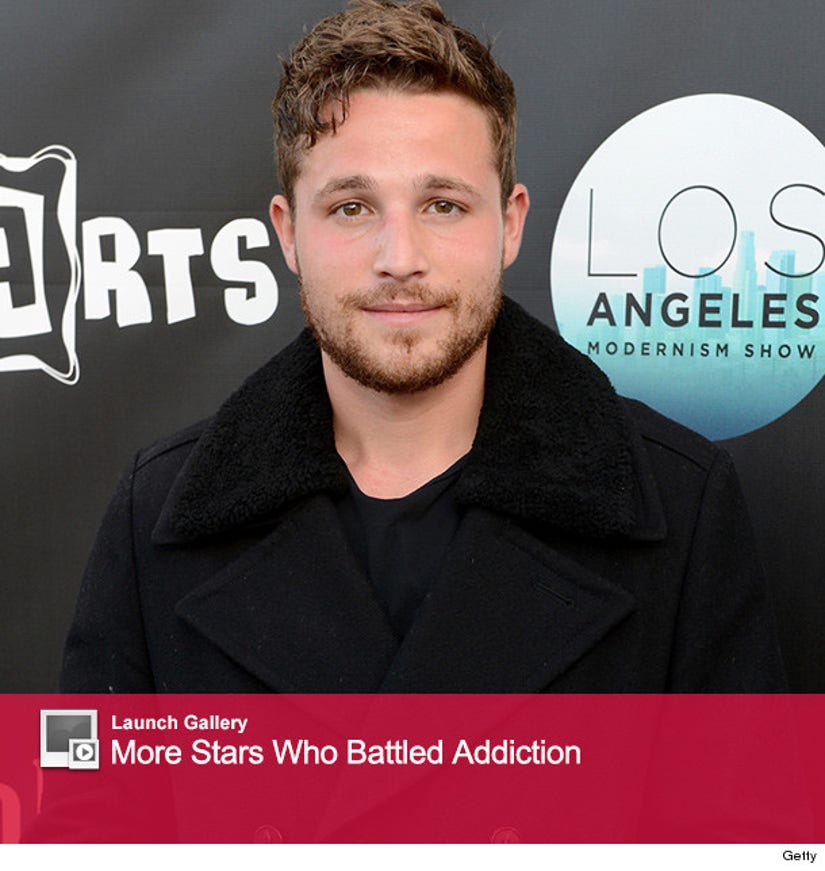 Shawn Pyfrom is coming clean about his own strugglers with drug and alcohol addiction in the wake of Philip Seymour Hoffman's death.

The 27-year-old star of "Desperate Housewives" posted a very candid blog last night, opening up about his ongoing battle with substance abuse in an attempt to encourage others to get help.

"i just read the news about mr. philip seymour hoffman, and against the advise of others; i had to write this open letter. i can't stay quiet anymore about this," he writes. "i am an alcoholic and a drug addict."

The actor reveals he celebrated five months of sobriety on Saturday -- saying it's the "longest i've been sober since i began using."

Like everyone else who offered their condolences to Hoffman yesterday, Pyfrom says "i feel grief when i hear of such a talented human being leaving this earth... but every life is important... if these words can encourage someone to hold on to their life, then it's more important that these words are shared."

Shawn says he "lived for drugs" for several years, detailing "countless nights of blacking out" and "making poor decisions as a result of my overusing."

While he is relatively new to sobriety, he sounds determined to stay that way.

"i wake up looking forward to my days," he says. "i can say with all honesty, that i have no desire to ever use again. but it took a long time, and a lot of struggle, to finally reach that place."

In closing, he adds: "i am an addict. and i've never been more proud, saying it. because when i think about where i've been, and where i am now... i am proud of the man who has addressed and admitted to himself, what was once a clouded denial."

It's brave for Pyfrom to be so open about his stuggles -- and we applaud his commitment to sobriety.

To read his full blog entry, and you should, click here.