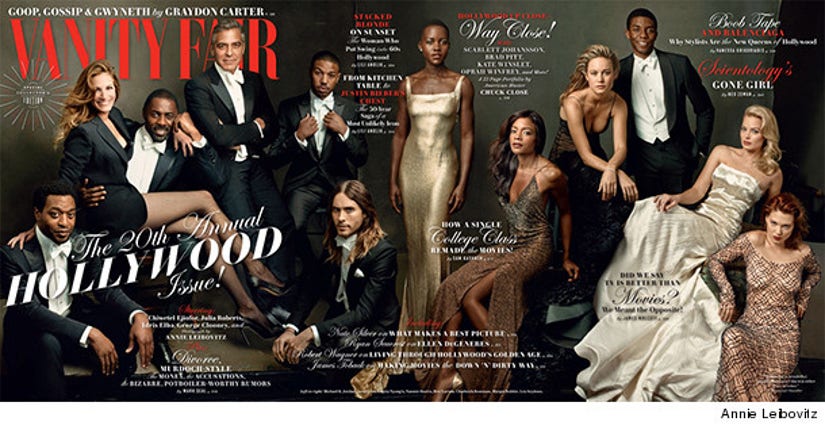 What an amazing year for film!

Vanity Fair just released its 2014 cover for the Hollywood Issue, which showcases the year's biggest stars. 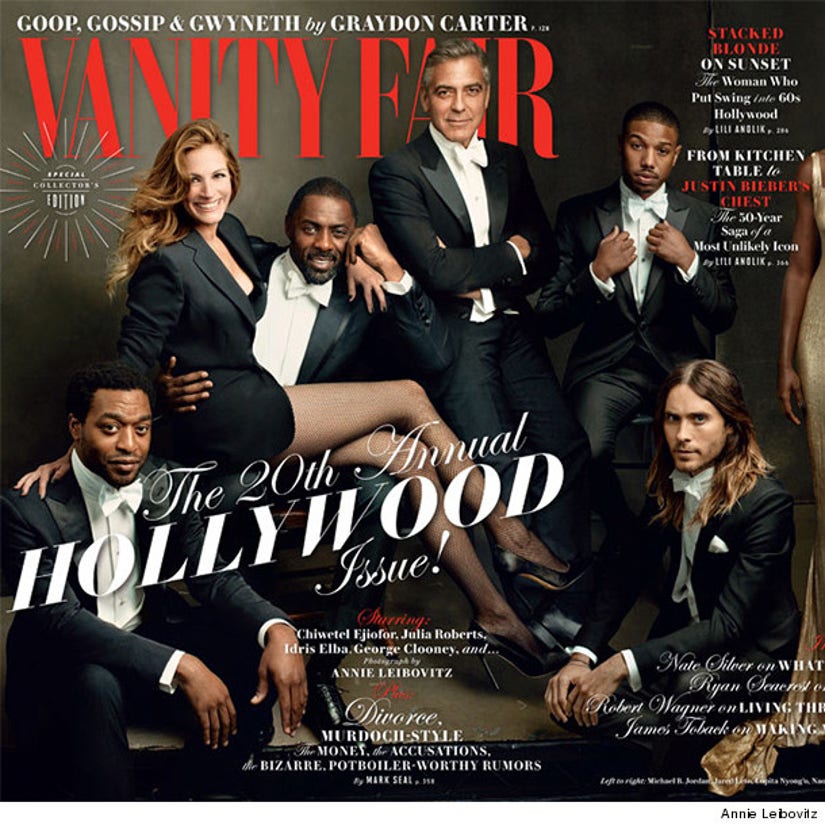 Shocking fact, but might be the first time the magazine has had more than one Black star on the cover of the annual issue. In the past, VF has mainly featured white stars in the front shot, and pushed actors of color to the foldout pages.

They've come under fire almost every year for it, so we have a feeling this was a very deliberate move. 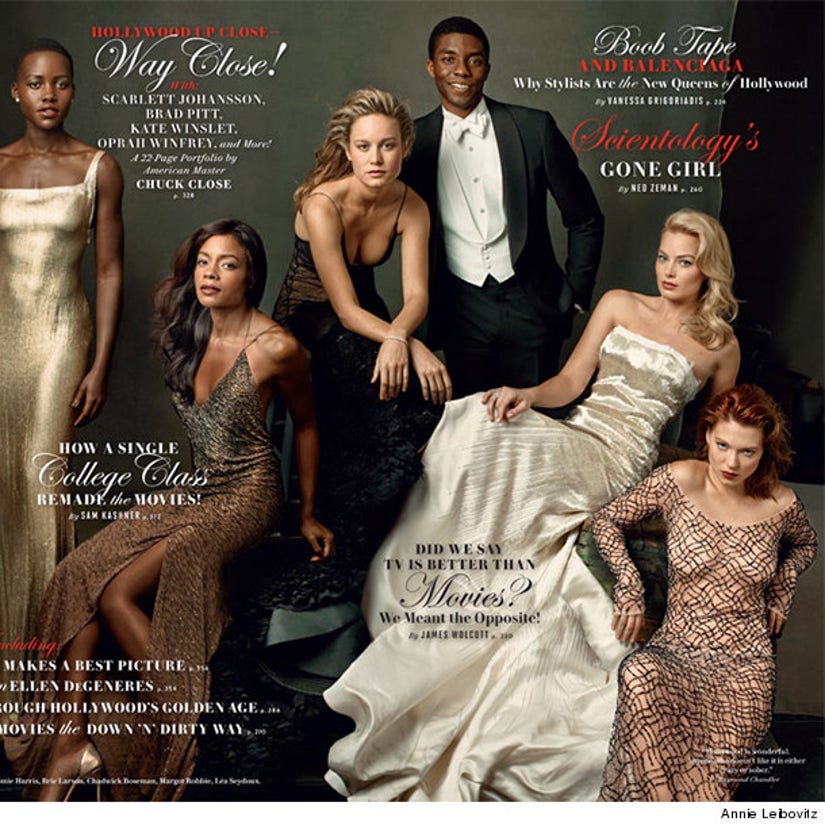 Both Lupita and Margot (who've been winning our Best Dressed lists this season) look stunning in the shot, with Lupita in a curve-hugging gold dress and Margot donning a champagne ball gown.

What do you think of Vanity Fair's Hollywood issue cover? Tell toofab in the comment section below! and make sure to pick up the March issue of VF on stands Feb 11!