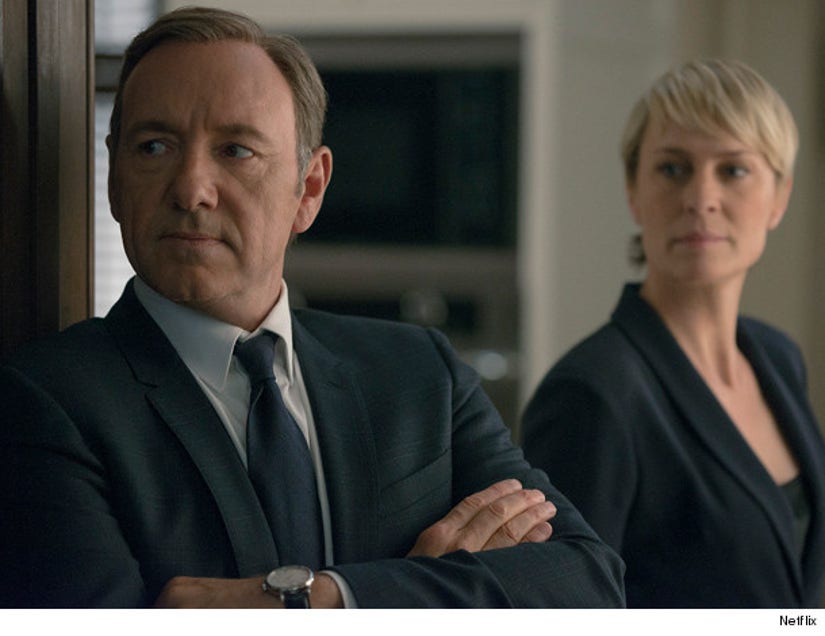 "House of Cards" is here to stay!

The political thriller has been picked up for a third season by Netflix -- and the second season hasn't even started!

Robin even took one home the Globe for Best Actress in a Drama series.

If you haven't started watching "House of Cards" you should catch up before the new season -- we can't wait to see how the Underwood's White House power struggles play out!

Are you excited that the show has been picked up for Season 3? Tell toofab in the comment section and check out a sneak peek of the new season below!

"Democracy is so overrated."