Selena Gomez secretly completed a two-week rehab stint in January, but she's been spotted looking happier than ever since she left treatment.

The "Come & Get It" singer was admitted to Arizona's Dawn at the Meadows on Jan. 5.

After leaving treatment in January, the 21-year-old made her first public appearance at the Sundance Film Festival in Park City, Utah (below right), to promote "Rudderless," her new indie drama costarring Billy Crudup and William H. Macy.

The brunette beauty also attended the 2014 Hollywood Stands Up to Cancer Event on Jan. 28 in Culver City, California (below left).

Gomez was then spotted spending time with her friend Demi Lovato. The two were photographed at Craig's Restaurant in Los Angeles on Jan. 23. Check out the video above to see Selena and Demi leaving the eatery!

In the March 2014 issue of Seventeen, the singer talks about the evolution of her friendship with Lovato, whom she's known since age 7.

"Demi's very, very strong," Selena says of the former "X Factor" mentor, who entered rehab in 2010. "She's the only person that I would tell the deepest, darkest secrets to. The only person."

We're happy to see that Gomez has such a strong support system!

Are you surprised by the rehab news? Tell toofab in the comment section, and click "Launch Gallery" below to see more photos of Selena Gomez, through the years. 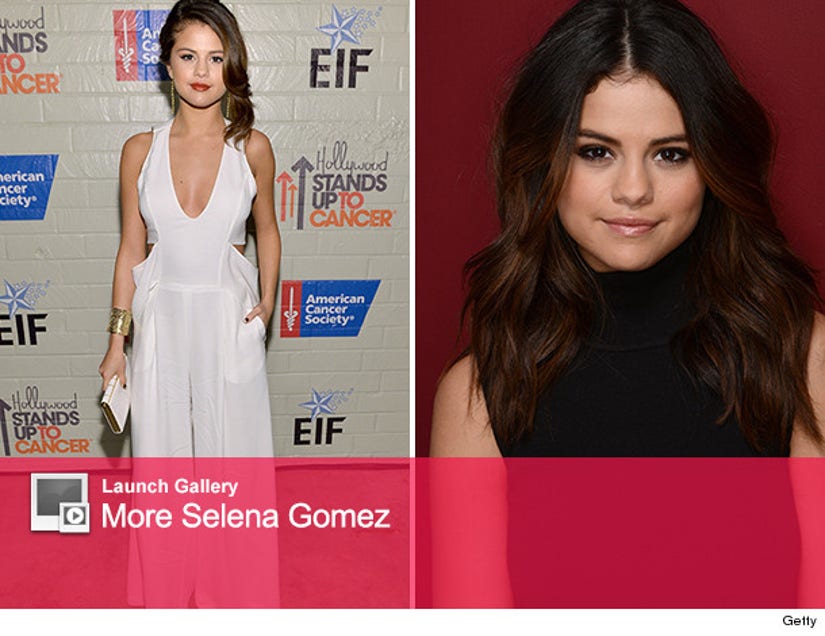