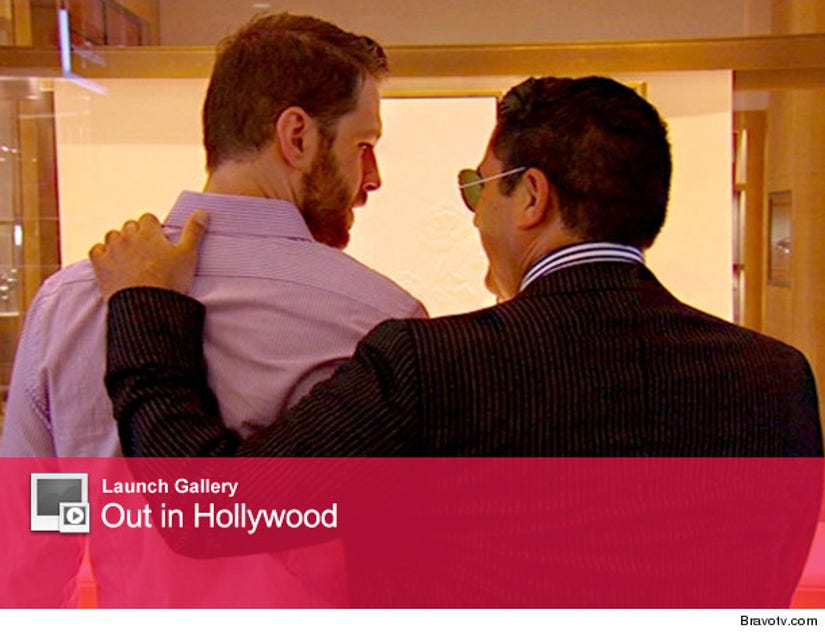 Will there be a "Shahs of Sunset" wedding?!

Reza Farahan -- who stars on the hit Bravo reality series -- got engaged over the summer to longtime partner Adam Neely, Life & Style reports.

The couple met back in 2010, and Reza popped the question in August while the group was vacationing in Palm Springs. Of course, the "Shahs of Sunset" film crew was there to capture the big moment.

"I actually talked to [my Shahs costars] Asa [Soltan Rahmati] and MJ [Javid] about it, but I didn't want it getting back to Adam. I wanted him to really be surprised," Farahan tells People.

But we're not the only ones who were surprised by the secret engagement -- so were Farahan's parents!

So how did it go when he broke the news to his family? "Not well!" he says. "Although they adore Adam, I didn't tell them until last week so they didn't appreciate the fact that I had kept such big news from them for so long. I waited five months! Persians are very opinionated and I didn't want to hear anything negative around such a joyous event."

While the couple's engagement will play out on this season of the show, Reza has yet to confirm if his special day will be showcased on TV.

"We're just now starting to discuss the actual wedding," he reveals. "It will definitely be a small and intimate affair. Most likely somewhere exotic."

We'll get to see the proposal on the season finale of the "Shahs of Sunset" which airs Tuesday at 9 PM on Bravo. Check out a sneak peek below.

Are you surprised by the news? Sound off below and see even more stars who are out in Hollywood in the gallery above!