Behati Prinsloo isn't afraid to show a lot of skin!

The Victoria's Secret angel left little to the imagination on the red carpet at the 2014 amfAR Gala in New York City on Wednesday night, wearing a sexy see-through black Emilio Pucci fall 2013 gown.

One thing she wasn't wearing? Underwear!

Adam Levine's fiance made sure to give photographers a side pose to give the full effect of her racy ensemble.

Check out the video above to see the best dressed stars from the amfAR gala!

The 24-year-old is just one of many celebs who are rocking the sheer dress trend.

Paris Hilton nearly exposed herself at a pre-Grammy event, sporting a black Antonio Berardi gown that kept her cleavage covered, but had some strategic cutouts that made it clear the socialite wasn't wearing underwear.

Jaimie Alexander one-upped Hilton back in November, wearing an Azzaro gown which also showed off her breasts and butt.

What do you think of Behati's see-through gown? Tell toofab in the comment section below, and click "Launch Gallery" below to see more celebs on the red carpet at the amfAR Gala! 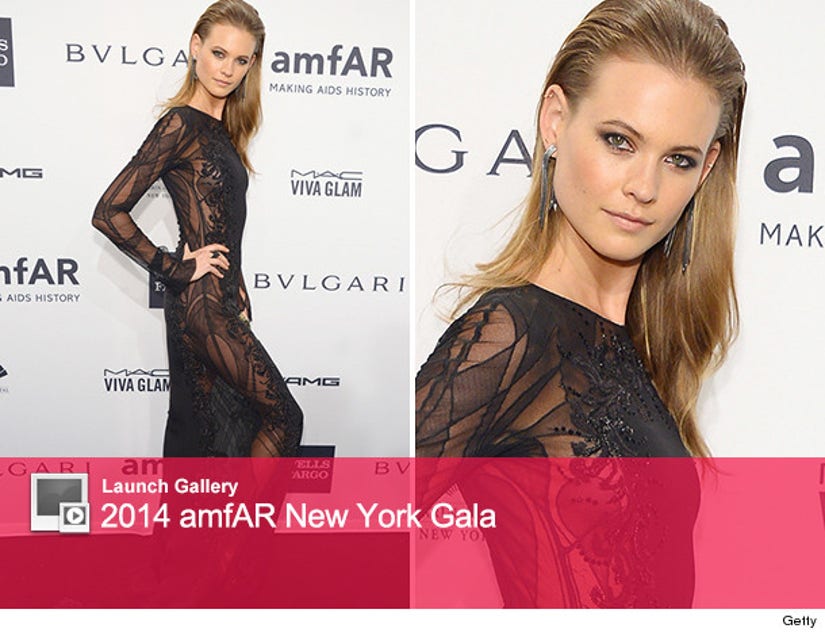