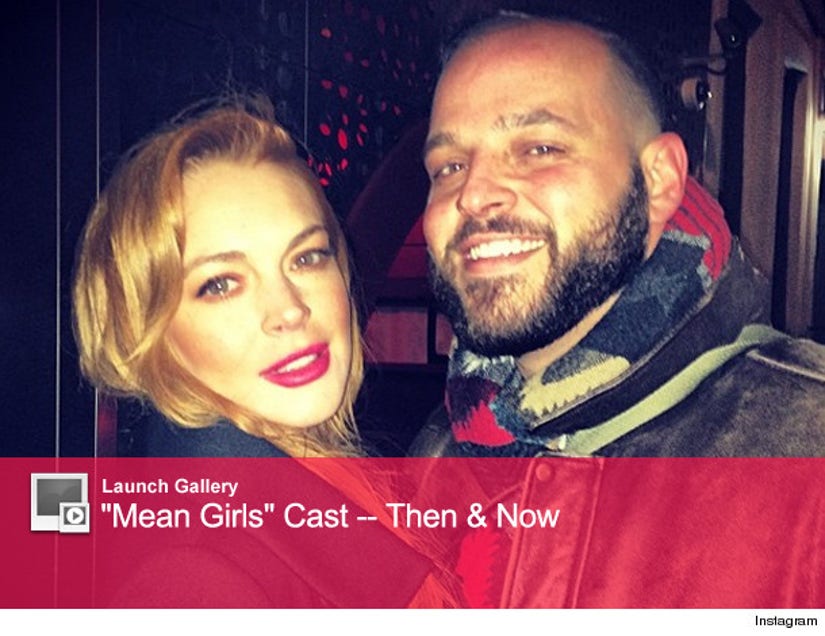 The former costars, who played Cady and Damian in the movie, reunited on Wednesday night in New York City, ten years after the release of the funny flick.

The actor regrammed the cute photo and added, "Classic NYC moment after an amazing dinner at #BodegaNegra You can't sit with us!"

We can only hope the reunion is a sign of an upcoming "Mean Girls" sequel!

Lohan and Franzese's night out comes just as "Mean Girls" director Mark Waters reflected on the film's legacy. According to the filmmaker, Lindsay originally wanted to play the role that went to Rachel McAdams.

"Her energy is a very aggressive, testosterone-laden energy, and that's exactly what I knew I needed for Regina George," Waters told Vulture. "When I gave it to her, she was like, 'I f--king love Regina George! This is exactly the part I want to play.' So we did a read-through, and we were trying to look for somebody to play the role of Cady, but frankly, we didn't find anyone we liked who felt strong enough to go up against Lindsay."

Talk about a casting shake-up!

Do you think the movie would have been better if the roles were reversed? Sound off below, and click "Launch Gallery" above to see your favorite "Mean Girls" stars, then and now!