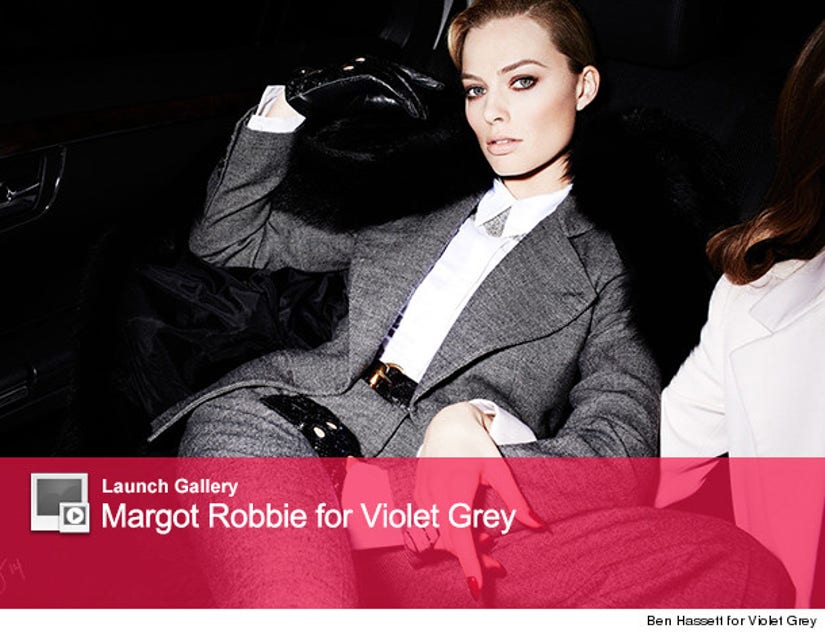 Margot Robbie is a brave woman!

The 24-year-old opens up to the Violet Files about her sexy role in "The Wolf of Wall Street" and her rise to fame.

During the audition, to play Leonardo DiCaprio's (Jordan Belfort) love interest, Robbie took the script to the next level ... by slapping the Oscar nominated actor in the face!

"In the audition scene, I hit him in the face. It was a bit silly and it could have backfired. It could've gotten me in a lot of trouble but it got me the role so…I don't encourage people to hit people to get roles but in this instance it worked. Acting 101: don't slap your co-star," she tells the site.

It was definitely a brave move, but it paid off! Margot also reveals how she prepared for the role and her love/hate relationship with her giant fake nails in the comedic flick.

"The first thing I said was that my character needs acrylic nails all the time because that changes everything. Well I couldn't do anything the way I wanted to: I couldn't wipe tears the way I would, I couldn't brush my hair the way I would. It was a massive pain in the ass to have them on for six months. I really hated them so, so much but it seriously created the character. I was getting them done once a week. On Sunday night, I'd get my nails and my spray tan, after I finished watching football," she reveals.

The blonde beauty also weighs in on the idea of celebrity, and why she chose to be an actress.

We're definitely excited to see what the gorgeous star does next! What do you think about Margot's candid comments? Tell toofab below, and click "Launch Gallery" above to see more photos from her sexy shoot!