Talk about an intimate gig!

Taylor Swift and Ed Sheeran put on a very special and very small performance at a US Ambassador's house in London on Thursday.

The country cutie shared the video via Instagram which shows her and Ed singing "Heartbeats" by The Knife. UK model Cara Delevingne was also on-hand for the private performance and even chimed in for a couple of verses.

Check out the awesome video above!

Seems like Swift and Sheeran have been keeping busy across the pond -- the duo kicked off the European leg of their tour at London's O2 Areana last Saturday.

Taylor and Cara also had some fun in the Ambassador's abode -- as they both mimicked George Washington's pose in front of a large painting of the president. 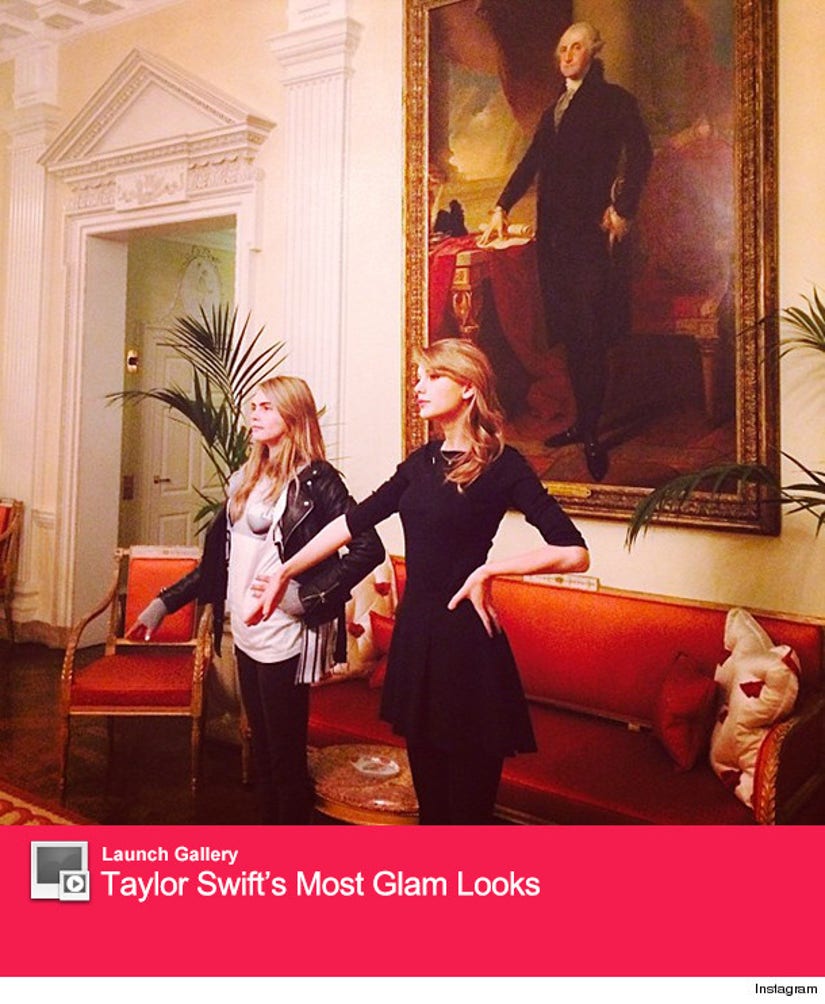 Who knew the Swift and Delevinge were even friends?!

What do you think of the impromptu acoustic show? Tell toofab in the comment section below and check out even more photos of Taylor's glam style in the gallery above!