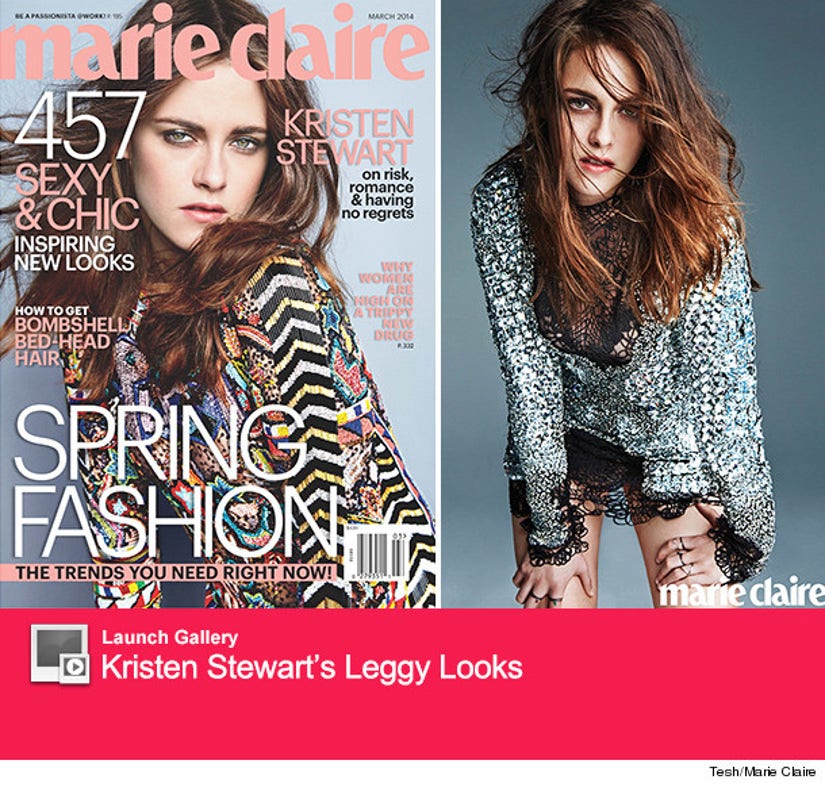 Kristen Stewart doesn't care if you're judging her!

The "Snow White and the Huntsman" star opens up about mistakes she's made, fame and falling in love in the March issue of Marie Claire.

Stewart -- who infamously had an affair with married "Snow White" director Rupert Sanders in 2012 -- says that she doesn't have any real regrets.

"I stand by every mistake I've ever made, so judge away," she tells the mag.

The actress also shares her thoughts on love, telling the magazine you really can't control who you fall for.

"You don't know who you will fall in love with. You just don't. You don't control it. Some people have certain things, like, 'That's what I'm going for,' and I have a subjective version of that," says Stewart, who once dated Robert Pattinson.

"I don't pressure myself…If you fall in love with someone, you want to own them – but really, why would you want that? You want them to be what you love," she continues. "I'm much too young to even have an answer for that question.

Kristen also admits that she really is one of the most awkward people in Hollywood -- and she's O.K. with that.

"I have an embarrassing inability, seriously, of summoning fake energy…I'm just not very good on TV, and it's not my main goal in life to get good at it. People are like, 'She just can't handle' – for lack of a better word – 'the spotlight'. No, actually, I can't, and that is totally who I am. I love being an actor, but I'm the last person to want to have a birthday party. I don't try to force it or turn it into something else or fabricate this personality…so I totally agree when people say I'm, like, the most awkward person," she reveals.

It's refreshing to hear the 23-year-old be so candid -- what do you think about Stewart's confessions? Sound off below and click "Launch Gallery" above to see even more of her leggy looks!

And make sure to check out MarieClaire.com for more of Kristen's interview.