Nick Carter missed his sister's wedding over the weekend, instead celebrating his own bachelor party in Sin City.

But, according to Angel Carter, there's no bad blood.

"I love my brother Nick. I wish him all the best," the former "House of Carters" star tells toofab in an exclusive statement. "We had a magical wedding weekend."

Angel and new husband Corey Conrad tied the knot on Saturday at the gorgeous Newhall Mansion in Piru, California -- where Angel's twin brother Aaron Carter walked her down the aisle.

I'm honestly so happy and proud of my beautiful twin sister and being able to be apart of her wedding yesterday. Love you #angelandCorey ☺️

@aaroncarter I love you so much. Thank you for helping make our day so special! Couldn't be more proud of the man you have become!

Aaron's rep, Steve Honig, declined to comment on Nick's absence, but tells toofab "Aaron was both overjoyed and honored to walk Angel down the aisle on her wedding day and be with his family on such a wonderful and important occasion."

And while Aaron played an important role in the ceremony, the twins' older brother had a bash of his own in Las Vegas. 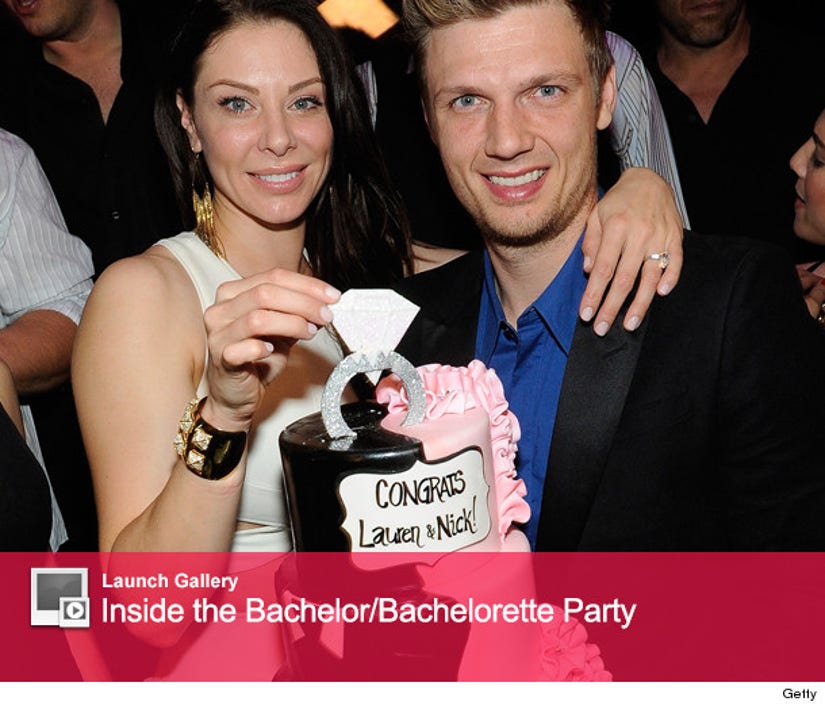 Nick and fiance Lauren Kitt celebrated their joint bachelor/bachelorette party at Ghostbar nightclub at The Palms, where the two were photographed dancing and sharing some serious PDA on the dance floor.

It's unclear who planned their event first -- and neither Aaron or Angel's reps would say if Nick was even invited to the wedding. So far, Nick hasn't commented on the situation either.

The Carters have a fairly turbulent history though.

The family had a big falling out after the death of Leslie Carter, who died of a drug overdose at the age of 25 back in 2012.

Nick says his family members blamed him for her death, adding that their relationship became "toxic."

"The communication is something that I'm still to this day trying to work on," he told Dr. Phil at the time. "It's tough when you come from a background like that and a home that is really up and down and roller-coaster."