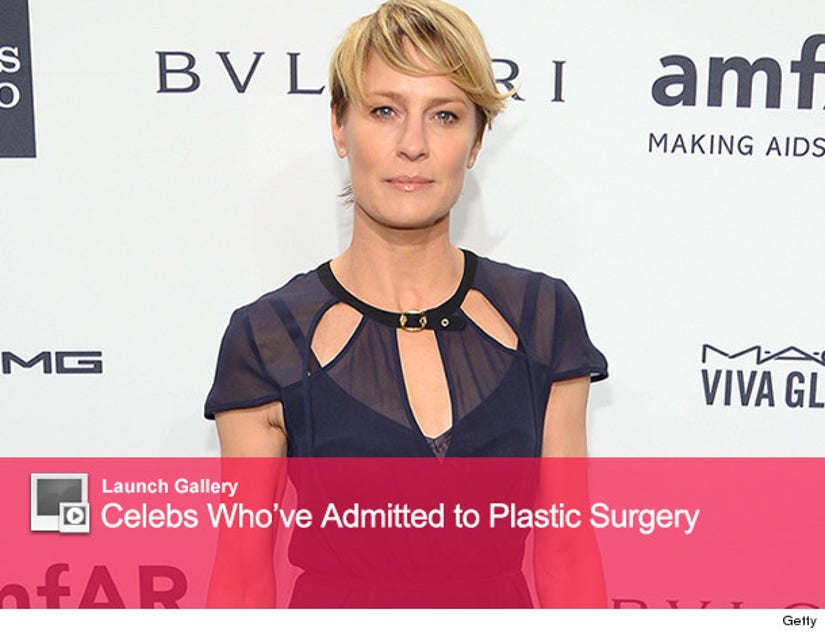 The "House of Cards" actress chatted with The Telegraph where she opened up about her seemingly flawless face -- and how she uses Botox to attain it!

"You bet. Everybody f**king does it," she says.

"I suppose I can't say 'everybody' because I don't know for sure, but come on… It's just the tiniest sprinkle of Botox twice a year. I think most women do 10 units, but that freezes the face and you can't move it," she says. "This is just one unit, and it's just sprinkled here and there to take the edge off. Perhaps it's not wise to put that in a magazine? But I ain't hiding anything."

We definitely can admire Robin's candidness!

While the actress gets some artificial help when it comes to her skin, her amazing body is the result of hard work.

"Oh my God, Zumba is the greatest invention ever for women,” she reveals. "I like to exercise, though I do nothing consistently because I get bored and impatient. With Zumba, you're dancing, you're moving your hips. So much fun."

Whatever Robin's doing, it's working -- the 47-year-old looks amazing!

See even more stars who've admitted to a little nip and tuck in the gallery above.