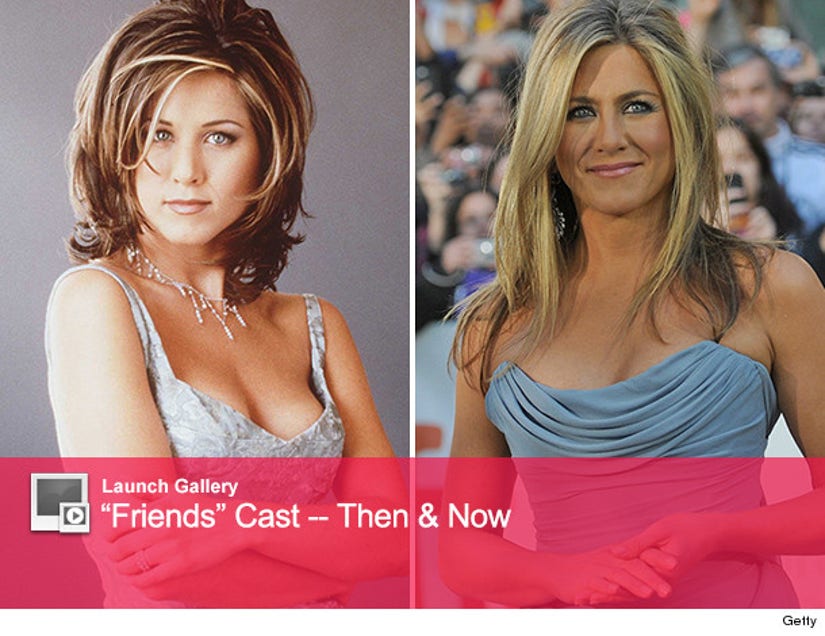 One of our favorite "Friends," Jennifer Aniston, turns 45-years-old today!

The actress' career has spanned more than 20 years, though of course everyone knows her best as coffee girl turned fashion buyer Rachel Green on "Friends."

The blonde beauty has starred in numerous films since her sitcom left the air in 2004, including "The Break-Up," "Marley Me" and a pretty raunchy turn in "Horrible Bosses." She also was nominated for an Emmy Award for her guest appearance on NBC's "30 Rock" in 2008.

After a very public split with Brad Pitt in 2005, the gorgeous star has found love again with fiance Justin Theroux. The couple met on the set of "Wanderlust" in 2012 and got engaged last year.

While Jennifer and Justin haven't revealed a wedding date or their future plans, Aniston says she's in a great place.

"I feel most beautiful when I'm just at home with [him] in the morning. Or "any time of day with him," she recently told People magazine.

While the actress has found love off-screen, we will always hope for a reunion with her on-screen beau Ross Geller!

We'd love to see a "Friends" reunion one day -- click "Launch Gallery" above to find out how the rest of the cast has fared since working on the hilarious sitcom!