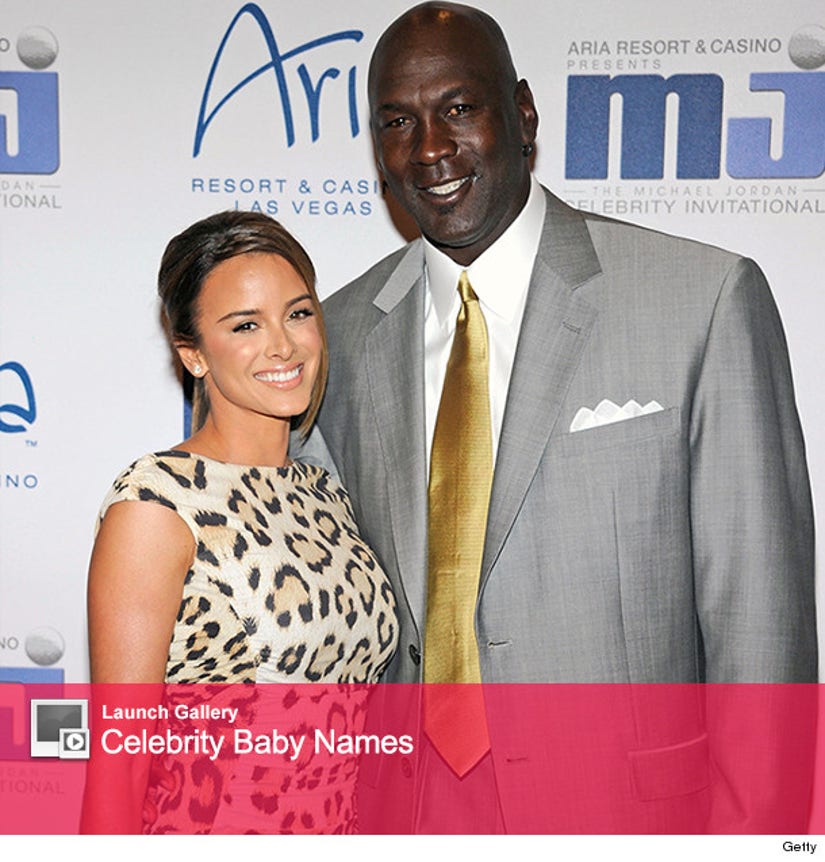 "Yvette and the babies are doing well and the family is overjoyed at their arrival," spokeswoman Estee Portnoy told the mag.

The cute couple first confirmed that they were expecting in late November.

The tiny tots are the model's first children, and the former Chicago Bulls star now has five kids. He has three grown children with ex-wife Juanita Vanoy -- sons Jeffrey, 25, and Marcus, 22, and daughter Jasmine, 21.

Michael and Yvette tied the knot in a lavish ceremony on April 27 in Palm Beach, Fla., after five years of dating.

Congrats to the growing Jordan family!

What do you think of the twins' names? Tell toofab in the comment section below, and click "Launch Gallery" above to see more celebrity baby names!