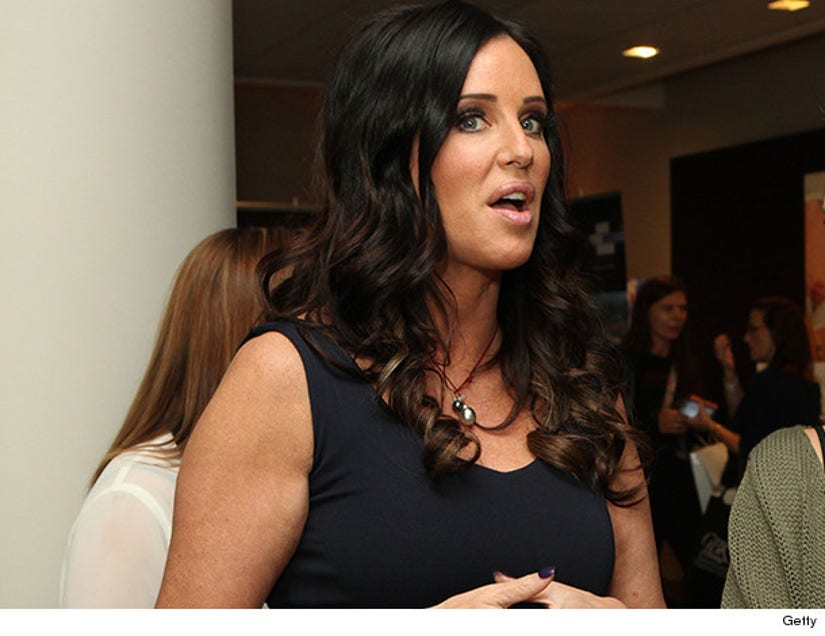 Even the "Millionaire Matchmaker" has had her fair share of dating disasters!

toofab's Brittany Kyles chatted with the Bravo star about some of her not-so-great Valentine's Day dates.

While Patti sounds like she'll have a super romantic day this year -- Stanger is planning to go wine tasting up north near Hearst Castle with boyfriend David Krause -- she's had a few surprise dates and parties that have gone awry!

One memory that stands out, when Patti's mom set her up with a (literally) blind date.

"My mother was a matchmaker that believed that as long as he was breathing, he was a candidate," she says.

"So one Valentine's Day I had just moved to Florida and I'm 30 -- so it was the worst Valentine's of my life because 30 is the year that you feel like 'I'm not married, I don't have kids' but when you get past 30 and into your dirty 30's you feel like it doesn't matter anymore -- but that one year just gnawed at me. I get to Florida and I don't know a soul and she says 'I am going to Nassau for the night for Valentine's Day with your Stepfather, and our best friend's son is going to come on the trip.'"

Sounds promising right? "She shows me pictures, and he's gorgeous and I'm thinking this is going to be great and it turns out he's blind. Legally blind," she reveals.

Patti and her mystery date still ended up seeing each other for about a month though.

"He was funny and great in bed but he was blind, blind. He was gorgeous, but he had lost his sight from some genetic disease, so I was just like taking him everywhere and it was Patti literally leading the blind guy around. Another time she fixed me up on Valentine's Day she set me up with a guy, and he was a stutterer," she explains.

Well, we think things could have gone much worse ... like the time she went to a Valentine's Day party in college.

"There was this one time I got thrown in a pool -- I'll never forget this. I was in college and I get out of the pool and my entire dress was completely see-through. There were no towels," she reveals. "Literally every guys was coming up to me like 'Hi what's your name' because they could see everything. It was the most embarrassing night of my life -- I just remember being very popular that year."

Yeah, that's pretty terrible! But at least it sounds like Patti handled the experience like a champ.

Moral of the story: Everybody has a bad Valentine's Day at some point in their lives!

What's your Valentine's horror story? Tell toofab in the comment section below! Make sure to tune into the "Millionaire Matchmaker" Thursdays at 10PM on Bravo.