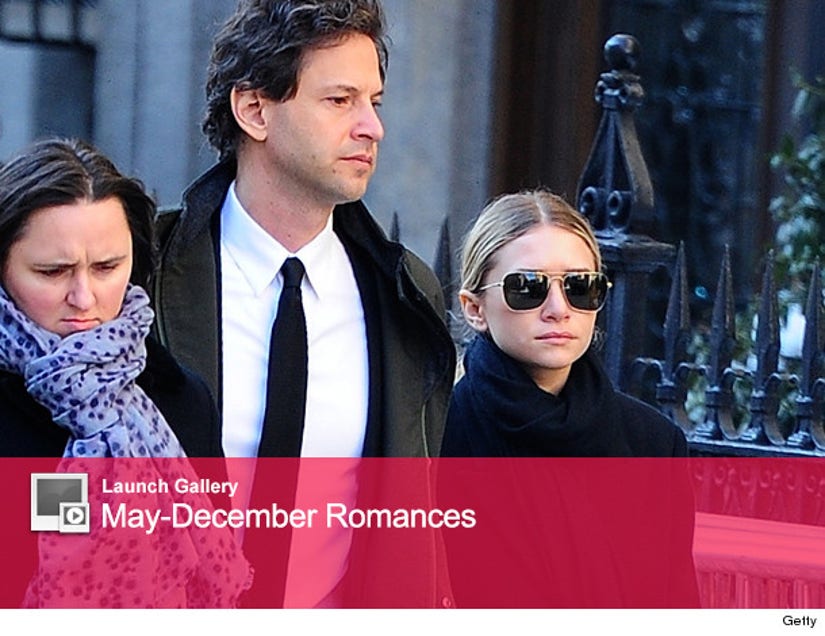 Everyone was kind of confused when the 27-year-old showed up to Philip Seymour Hoffman's funeral service last week in New York, but now it's starting to make a lot more sense.

According to Us Weekly, she attended with director Bennett Miller, who directed the late actor in "Capote," his only Oscar-winning role.

It's unclear how the two met or how long they've been together, but it must be semi-serious if she accompanied him to an event like a funeral.

Like Ashley, her twin sister Mary-Kate is also dating an older man. MK has been linked to (and shared a whole lotta awkward PDA with) 44-year-old Olivier Sarkozy.