We'd be scared too!

Can you believe Cameron Diaz was just 21-years-old when she filmed "The Mask" back in 1994?! Lucky for the actress, her very first role was a huge hit.

The talk show host also planned a pretty awesome surprise, too. Check out the video above to see Cameron's hilarious reaction when DeGeneres recruits the help of a "Mask" lookalike!

We love the 41-year-old's scream -- how cute is she? Clearly, Jim's character still scares her, even today.

While it's been nearly 20 years since the blonde beauty starred in the crime comedy, she still looks like the spitting image of her younger self! 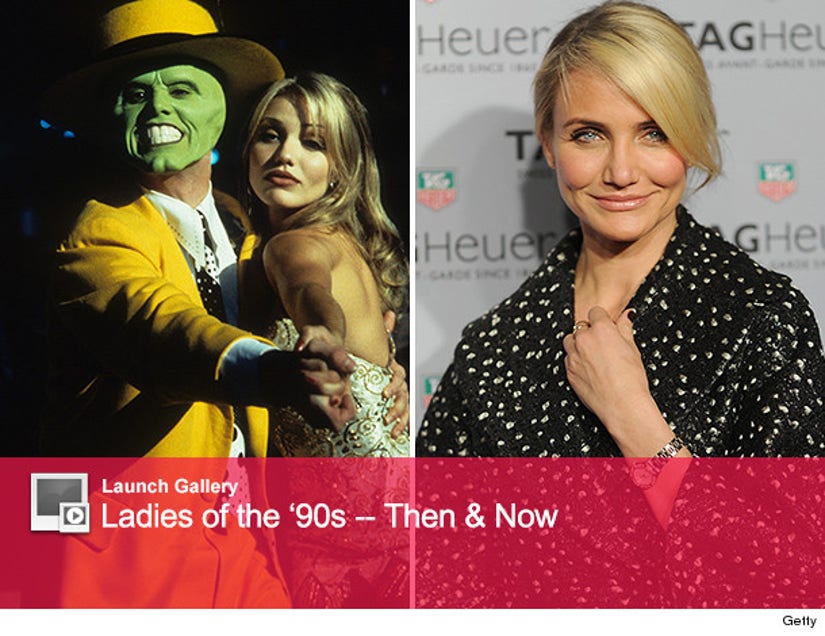 See howeven more ladies of the '90s have aged in the gallery above!