Katy Perry unveils her ancient Egyptian alter-ego in a just-released teaser for her new music video -- and, apparently, giant diamond-studded grills were all the rage back in the day.

While the singer's Grammy performance of "Dark Horse" was very literal, focusing on witchcraft and magic, it appears she's going in a different direction this time around.

"According to legend there was a magical queen in Memphis, Egypt," the teaser clip announces. "Every eclipse, kids would travel from Brooklyn to Babylon to win her heart. If she fell in love, you'd be top dog. If she didn't, her wrath would leave you whimpering. Her name was Katy Patra."

The clip ends with a shot of Katy rocking some Cleopatra-inspired makeup and wig ... and one of the most ridiculous mouthpieces we've ever seen. 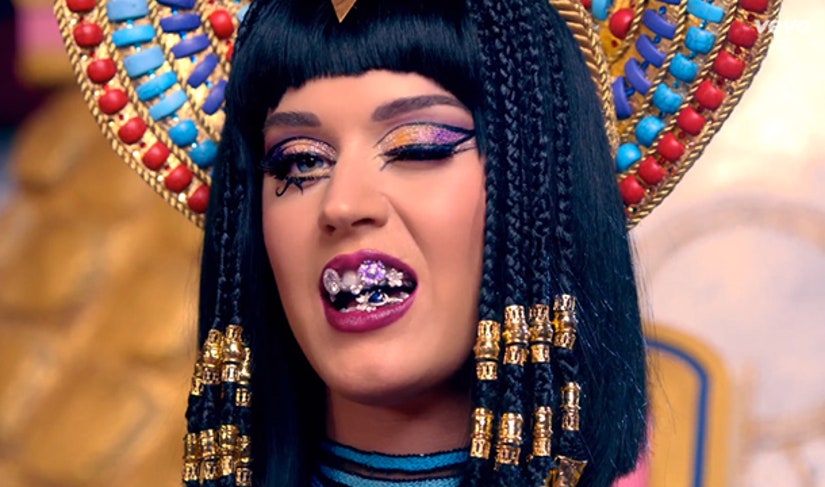 Can she even close her lips with that thing in?!?

We can't wait to see more when the full video is released on February 20!