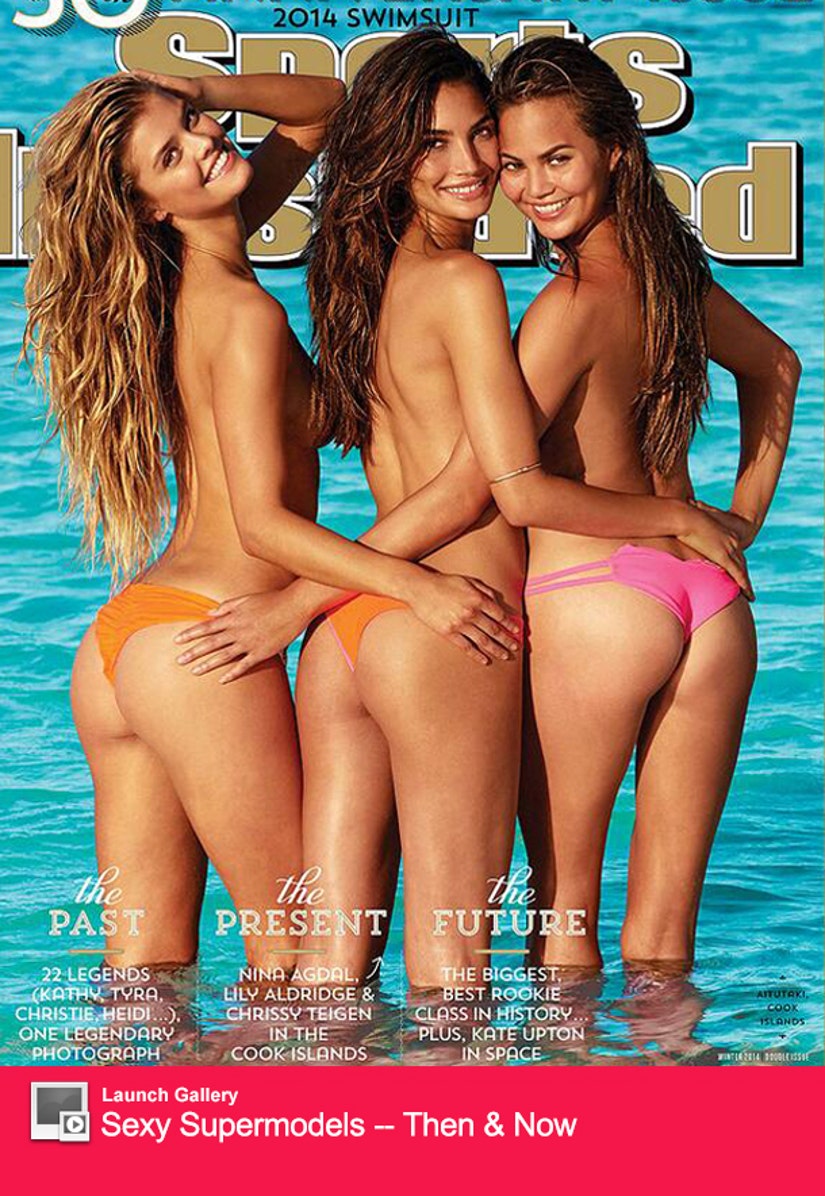 Apparently Sports Illustrated couldn't decide who to put on the cover of this year's Swimsuit Issue, so instead of one model, they picked three!

Nina Agdal, Lily Aldridge and Chrissy Teigen share the coveted spot for the 50th Anniversary Issue, showing off their impressive behinds in the Cook Islands.

While Teigen and Agdal have appeared in the magazine before, this is Aldridge's first time -- and she looks insane, especially considering she gave birth to a baby in 2012.

"We had been on the island for a few days by that point and had so much fun together," Lily says of the shoot. "That day we went to a smaller island where the light was beautiful, and took turns in the middle."

While Aldridge ended up in the center spot for the final product, Teigen knows who the real stars of the cover are.

The annual issue goes live across all platforms on February 18.