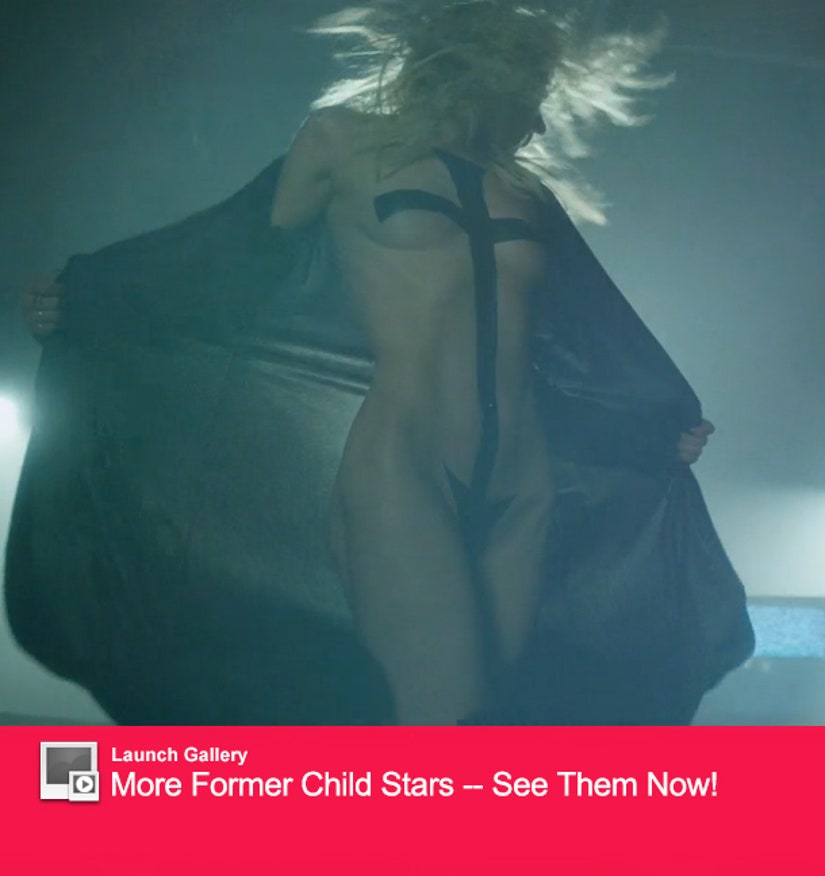 Little J is more than a little naked!

"Gossip Girl" star-turned-rocker Taylor Momsen strips down to nothing in the new music video for her band The Pretty Reckless.

In the just-released clip for "Heaven Knows," which the 20-year-old co-directed, she exposes herself while covering only her lady bits with some strategically placed black body paint.

It's a fitting image for a song containing the lyrics "Oh, lord, heaven knows, we belong way down below."

Check out the video below. WARNING: The clip contains some extremely brief nudity and sexual content.

Taylor has definitely come a long way since playing the oh-so-innocent Cindy Lou Who in "How the Grinch Stole Christmas" back in 2000.

And while she's known for some of her crazier on-stage antics and revealing getups, Momsen doesn't think she's doing anything that "controversial."

"I don't see myself as controversial," she recently told The Huffington Post. "If other people see me like that I'd probably say they're a bit stiff. I don't write about myself. I write songs."

Check out more of the band's stuff when their new album, "Going to Hell," drops March 18.