Kendall Jenner caused quite a stir after she flaunted her barely-legal breasts at New York Fashion Week.

The 18-year-old hit the runway for the Marc Jacobs show, strutting her stuff on the catwalk in a sheer top with nothing underneath.

toofab's Anna Kachikyan caught up with fashion photographer Ed Kavishe, who covered the show for Fashion Wire Press, to get all the details about the reality starlet's risque runway look.

"To be honest, I don't know if anyone knew she was there," he revealed. "I think the hair and makeup created a little disguise for the models. I think most people realized [it was Kendall] after Khloe tweeted about it."

"Marc Jacobs punked everybody," Kavishe added. "There was no sign of the Kardashians."

"I've attended Betsey Johnson's shows for the last ten years," the photographer explained. "The finale is always the same -- she'll do a cartwheel and the splits. Now, it's only a matter of seeing how many more cartwheels she can do! She seems to still have it."

Check out the video above to see which trends Kavishe says shoppers can expect next fall, and click "Launch Gallery" below to see more of Kendall Jenner's runway work. 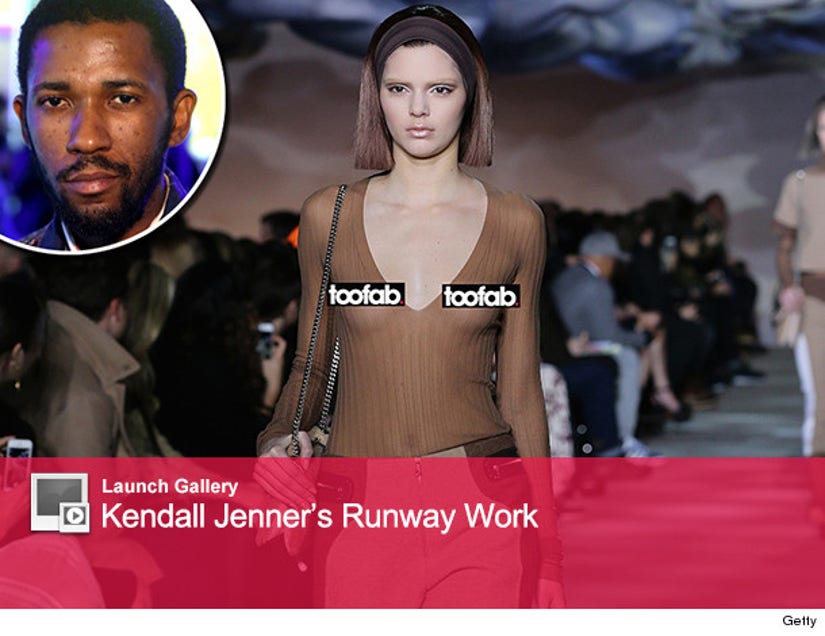