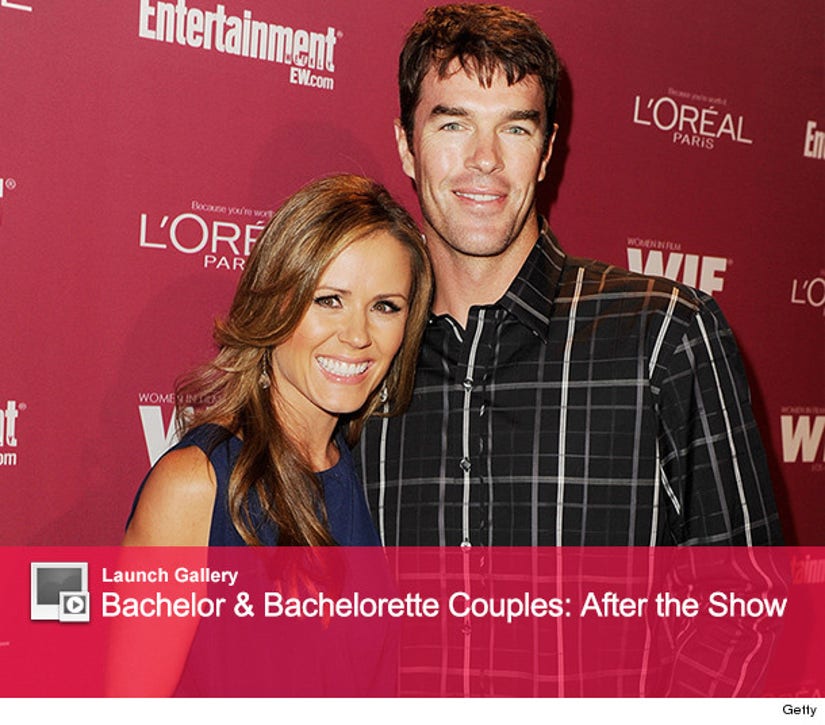 It's been a decade since Trista and Ryan Sutter tied the knot -- and they're still living happily ever after!

"The Bachelorette" star just renewed her wedding vows with her firefighter husband, Ryan, during a special on ABC. The cute couple got married the first time ten years ago in a multi-million-dollar ABC extravaganza. Now, the 41-year-old is still madly in love and is sharing her sage relationship advice.

While promoting her partnership with Viva Vantage, the former reality starlet talked to toofab's Rachel Hoffman about everything from what led her to "The Bachelor" to why she thinks most reality show romances don't last.

Congratulations on your ten year wedding anniversary! What are your rules for having a successful marriage?

Trista: Making your relationship a priority is really important. Also, spending quality time together and outwardly expressing your appreciation for each other. I just wrote a book – it's about gratitude and all the different relationships in your life. I think gratitude plays a huge role in successful relationships -- appreciating what you have and the ups and downs. Trust, honesty, communication, respect obviously play a role as well.

All "The Bachelor" and "The Bachelorette" stars seem to look up to you because you found love on the show. What do you think you and Ryan did to make it work?

Trista: I think that moving away to Colorado didn't hurt. Getting out of that bubble and really focusing on your relationship is important when you found love on the show. It's easy to get caught up in it. There's a lot of opportunities to divert the attention away from your partner, so you need to consciously make a decision to focus on each other.

Why do you think most of these relationships don't last after the show?

Trista: I think there are plenty of couples who disappeared from the spotlight and made the decision to live elsewhere, and I don't know why they don't work. Who knows? Maybe they just realized they weren't compatible, or they had other goals in life, or they fought too much, or they didn't get what they needed – there are so many things that go into play. I don't necessarily think fame is a good thing for a relationship.

Does anyone ever call you for advice before they go on the show? What is your advice to them?

Trista: Yes, I have been called in the past, but not recently. I think they go to the younger kids in the show – the people who have just recently been through it. My advice is to have fun because it is a once-in-a-lifetime opportunity. Also, be yourself and articulate what you need because you only have one shot. And, be grateful for the opportunity. It's a crazy ride, but if you're lucky like Ryan and I, you'll find the love that we have.

What lead you to "The Bachelor?"

Trista: I was living in Miami and working as a pediatric physical therapist. I was also dancing for the Miami Heat. I was just in a rut. I wasn't happy, and I was missing something. So, I saw a casting director come on "Extra" and talk about this new reality show, and I applied on a whim. I thought, that could be fun, that could be a free vacation and a great way to meet people. Who doesn't want to live in a mansion in Malibu? So, I went for fun and ended up falling for Alex – or at least I thought I did – and the rest is history.

Looking back, would you go on "The Bachelorette" again?

Trista: For sure, in a heart beat! I recommend it to so many people because it is how I found my Prince Charming and my family, and it made all my dreams come true. 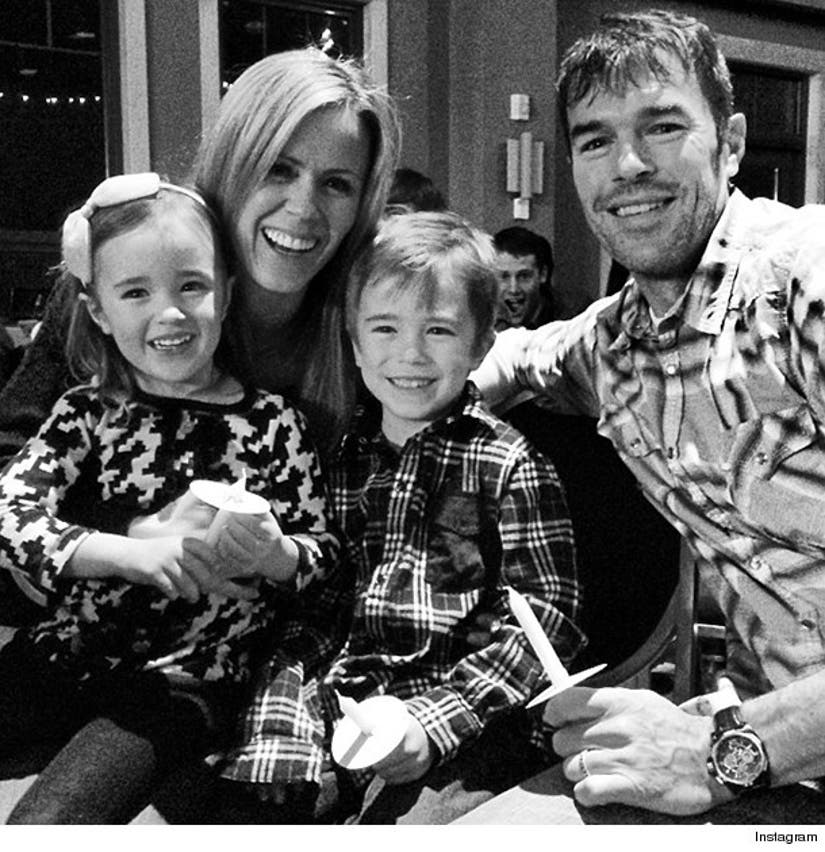 Do your kids know how you and Ryan met?

Trista: They don't. They know we've been on television and are used to seeing cameras, but I don't think they know it's different than anybody else.

Will you let them watch your season of "The Bachelorette?"

Trista: For sure! They're very young – only 4 and 6. Now, they wouldn't understand why mommy and daddy are in the television. But, yes, we'll show them. It's our roots, it's our history, and I'm proud of it. There were other guys around at the time, but it's like speed dating that was taped.

Would you ever put your life back on reality TV?

Trista: We've been asked to do a family show, but it's never been the right time. We don't want to exploit the kids. If we do anything, it's about making sure it's respectable. Ryan and I will be on a show called "Marriage Boot Camp," starting in May. We wanted to show people that we're happier than ever after ten years, and you don't have to be unhappy to want to be better.

What do you think of her relationship advice? Tell toofab in the comment section below, and click "Launch Gallery" above to see more "Bachelor" couples, then and now!

Check out TowelBreakup.com to learn more about Trista's partnership with Viva Vantage and to get her advice on moving on from a tough breakup.