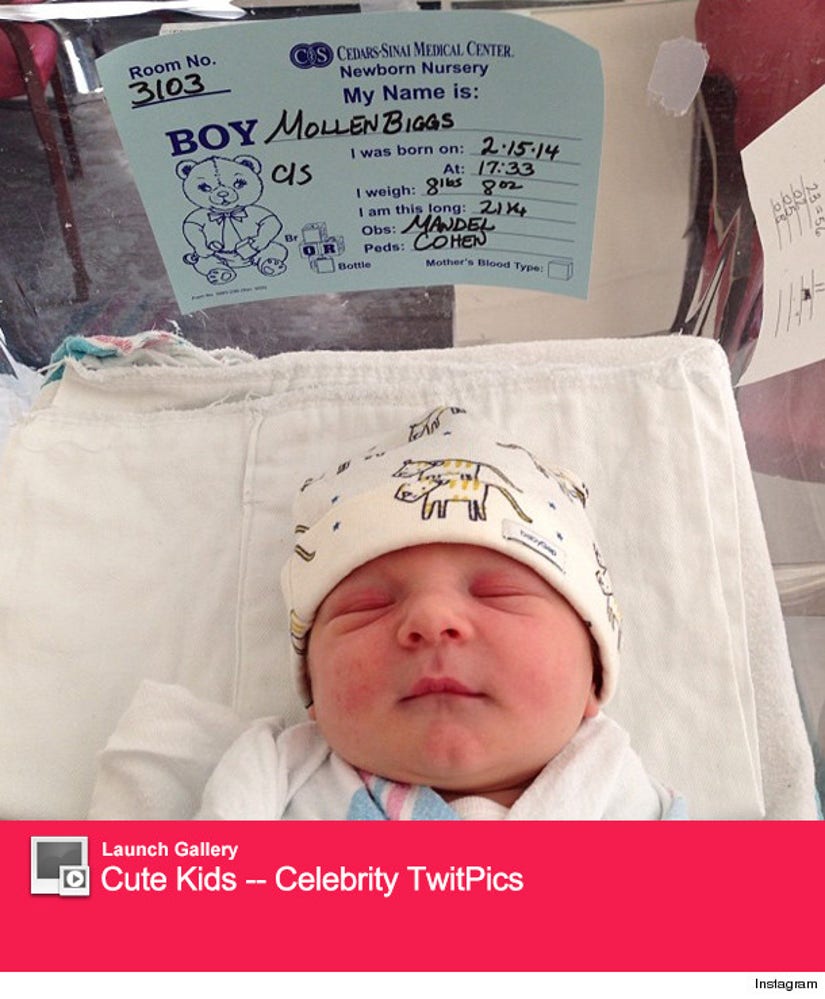 Jason Biggs is a daddy!

The "American Pie" star and his wife Jenny Mollen have welcomed their first child together, a baby boy named Sid Biggs.

Mollen shared the exciting news on Instagram on Tuesday, posting a series of videos from the hospital.

The brunette beauty also posted a clip of herself laying next to the actor in the delivery room.

"You did amazing, sweetie. I'm so proud of you!" Biggs said to his beautiful wife. "He's pretty damn cute!"

The "Orange is the New Black" star announced last July that the couple was expecting their first child together during an appearance on "Chelsea Lately."

"Her breasts look really engorged," Chelsea Handler said at the time. "Her breasts are very big these days," Biggs replied. "Would you like to know why? Cause I put a baby in her belly!" He pointed to his crotch and joked: "It works!"

The cute couple costarred in 2008's "My Best Friend's Girl." They got engaged in January 2008 and tied the knot in Los Angeles three months later.

Congrats to the growing Biggs family!

What do you think of their delivery room diary? Sound off in the comment section below, and click "Launch Gallery" above to see more cute celebrity kids.