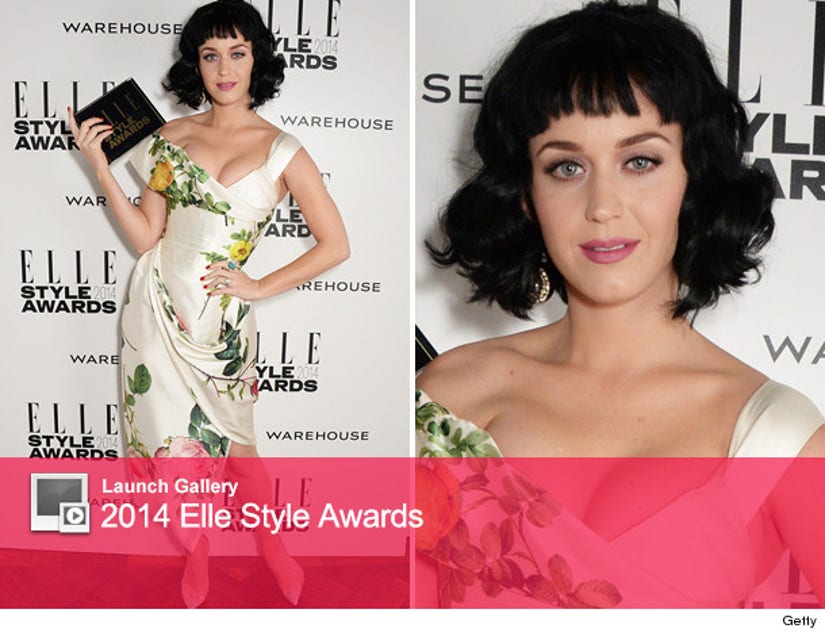 Katy Perry brought her girls out to play!

The pop star attended Elle's Style Awards in London on Tuesday, where she flaunted her assets in a tight white floral frock. The 29-year-old also showed off her brand new bob, styling her hair in curls.

Katy took home the award for "Woman of the Year," and we think the singer definitely deserves it! She's had a great run the last year both in her professional and personal life.

Over the weekend, Perry was spotted wearing a giant rock on her ring finger while out to dinner with boyfriend John Mayer -- and we got a much better glimpse of the brunette beauty's new bling at the Elle awards! She's definitely wearing the pricey piece on that finger. 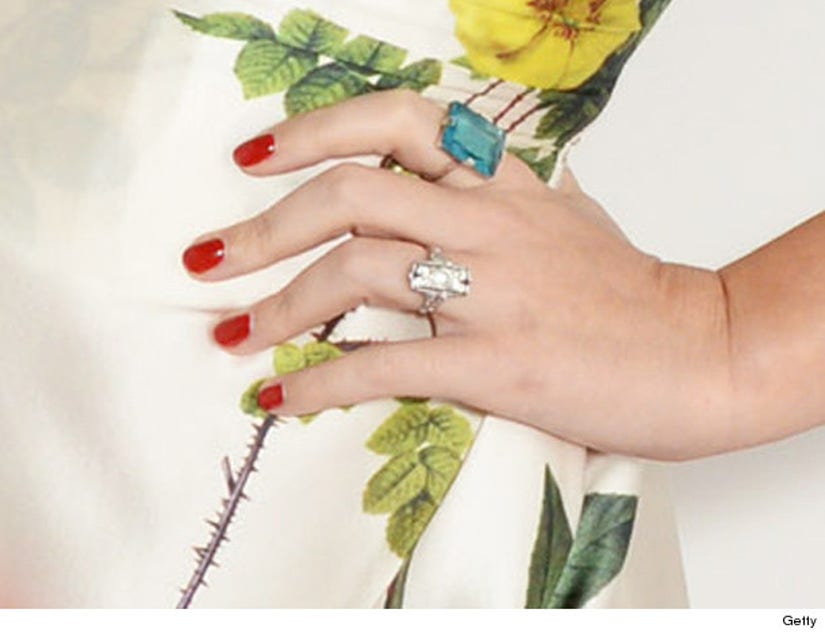 Do you think it was just a Valentine's Day gift ... or Mayer finally popped the question?! Still no word from either star's rep, but we're pretty sure wedding bells are in the cute couple's future.

What do you think of Katy's curve-hugging look and new short 'do? Tell toofab in the comment section below, and click "Launch Gallery" above to see even more stars from the event like Kylie Minogue, Emma Watson, Cara Delevigne, Pharrell and more!