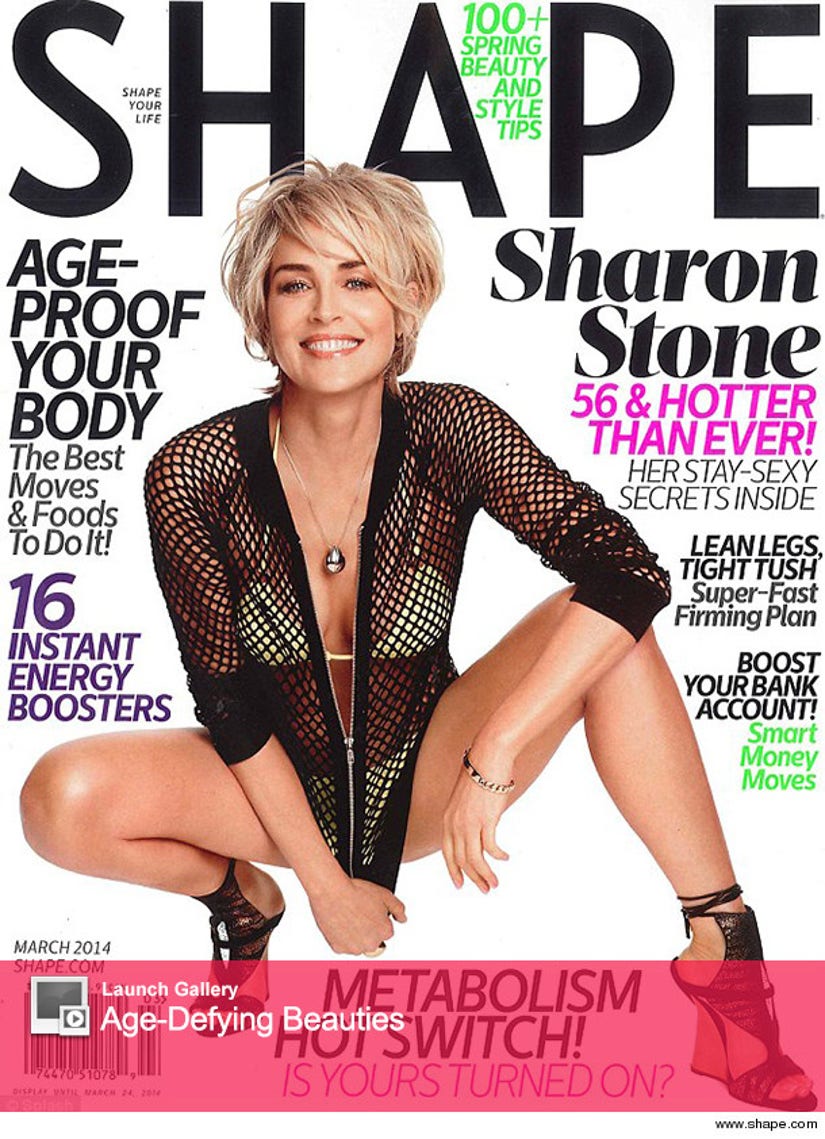 Sharon Stone has found the secret to aging gracefully!

The actress covers the March issue of Shape magazine, where she opens up about some of the emotional and physical obstacles she's dealt with when it comes to getting older in Hollywood.

While Sharon is comfortable with her looks today, sporting a bikini on the cover, dealing with the pressures of the spotlight definitely took a toll on the blonde beauty when she was younger.

"There was a point in my 40s when I went into the bathroom with a bottle of wine, locked the door, and said, 'I'm not coming out until I can totally accept the way that I look right now," she confesses.

But today, Stone is in a much better place. She's also found the secret to looking sexy, and says it's all about your outlook.

"This idea that being youthful is the only thing that's beautiful or attractive simply isn't true. I don't want to be an 'ageless beauty.' I want to be a woman who is the best I can be at my age," she says.

So how does the "Basic Instinct" star be the best she can be? Exercise!

"Every time I exercise, I do something different based on which areas need to get in motion," she reveals. "Sometimes I do a series of standing leg lifts and circles in the tub, using the water as resistance."

Sharon's not a fan of going under the knife, though. "We've got 400,000 girls with beachy blonde hair, the same nose, gigantic lips, implants in their cheeks, and little Chicklets for teeth. Are they really prettier?" she says.

We have to agree with the actress -- plastic surgery seems far too common these days in Tinsel Town, and it really doesn't look that great most of the time.

The "Lovelace" star also reveals that she's been following in the footsteps of Jane Fonda by accepting her changing looks. She also stays away from red meat and alcohol.

"I'm not trying to make myself look like a girl because I'm not a girl anymore. I'm very happy about being a grown woman. I think there's a lot of sexuality, and glamour, and allure, and mystery to being a woman that you just don't have when you're young," she explains.

Well, Sharon looks amazing -- whatever she's doing, it's working for her! What do you think about Stone's candid comments?

Tell toofab below and click "Launch Gallery" above to see even more age-defying beauties!