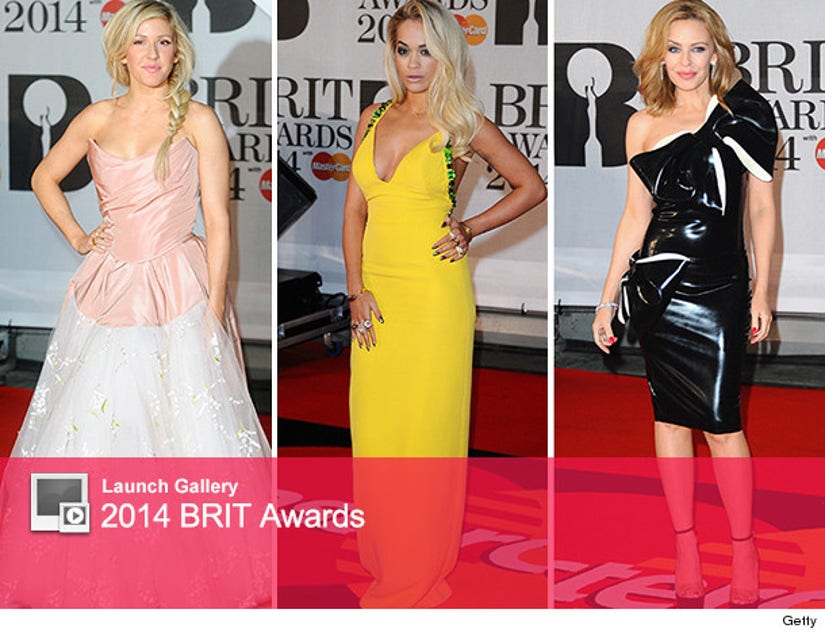 Take about crimes against fashion!

Ellie Goulding looked straight out of a storybook in her blush gown. While we love the color on the "Lights" singer, the pink mixed with the flower accents look a little too fairy tale for us.

Rita Ora put her curves on display in her bright yellow dress. The singer is one of the few stars who we think nailed her red carpet look. The color alongside the emerald jewels really gives the whole ensemble a fun look and feel.

Kylie Minogue went for an interesting outfit as well. The pleather material of the dress looks pretty S&M, and the bow accents are a little tacky.

Hands down, Beyonce had the best look of the night!

While Bey didn't walk the red carpet, she sparkled on stage in am emerald gown during her performance. 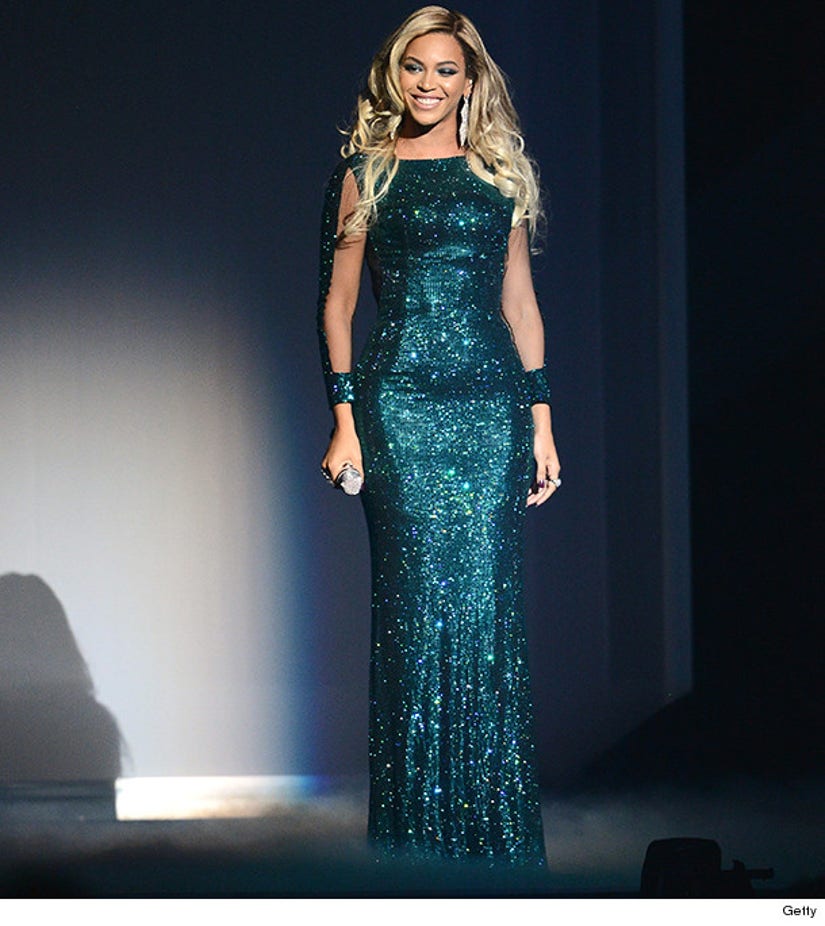 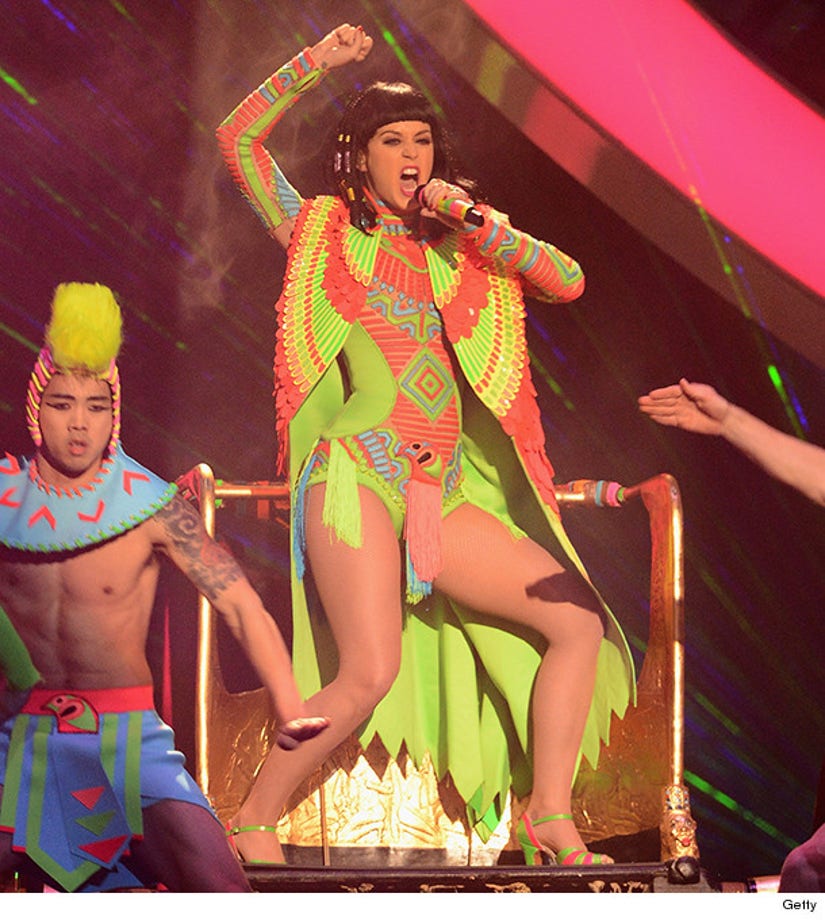 These we'rent the only stars on-hand for the UK award show -- click "Launch Gallery" above to see Lily Allen, Nicole Scherzinger, Iggy Azalea, Rosie Huntington-Whiteley, Pharrell, One Direction and more.

Speaking of 1D, the guys won the award for Global Success, but Harry Styles was MIA when the boys went to the stage to collect their trophy.

When he finally showed up mid-way through Liam's speech, he revealed he was actually in the bathroom "having a wee" when they won. TMI, Harry!

Check out the embarrassing moment below: