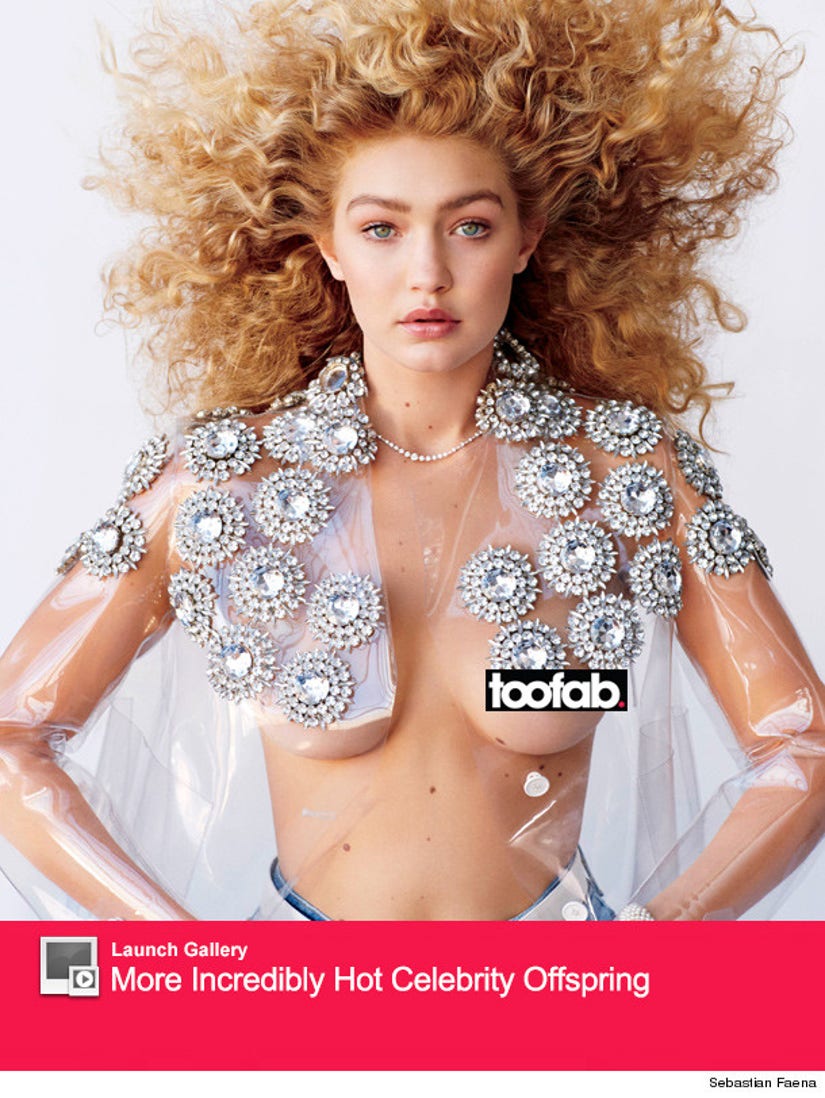 The 18-year-old daughter of model-turned-reality TV star Yolanda Foster shows off her inherited good looks and a whole lotta skin in the new issue of V Magazine.

Following up her topless Sports Illustrated Swimsuit debut, singer Cody Simpson's girlfriend flashes even more in her new spread with Sebastian Faena ... exposing her nipple in one shot. 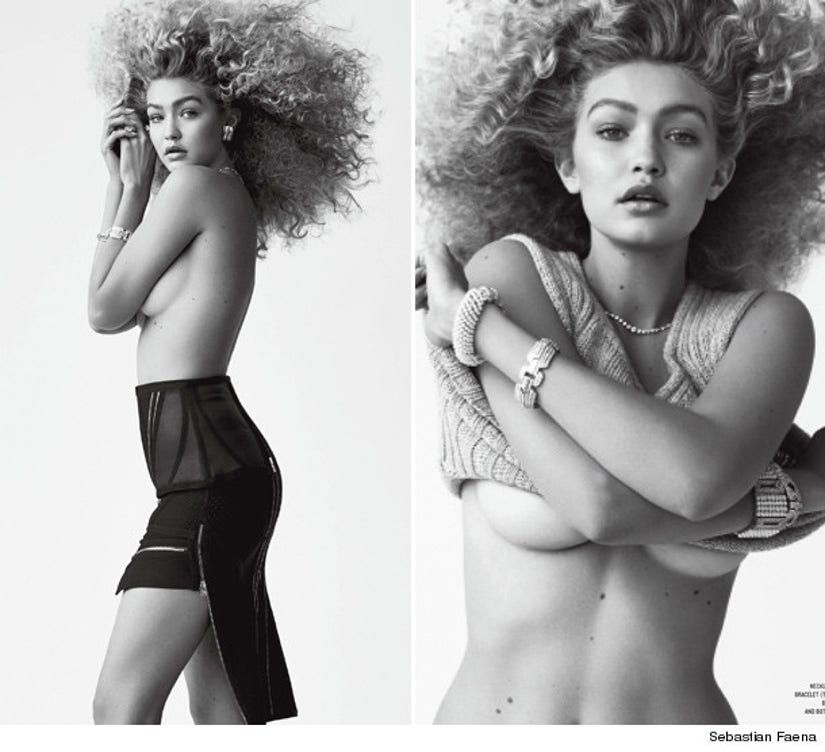 Sporting some seriously big hair and not much else, Hadid can be seen flashing even more of her bare bod in two additional shots from the magazine.

It seems like Gigi has no problem taking off her top, telling Us Weekly that modeling is all about feeling comfortable with yourself.

"I just felt so confident in myself because of the confidence they gave me," she says of her risque SI shoot. "They have made me feel so good about every shot."

We have a feeling we'll be seeing a lot more of Gigi in the future!

Check out more celeb kids with supermodel looks in the gallery above.