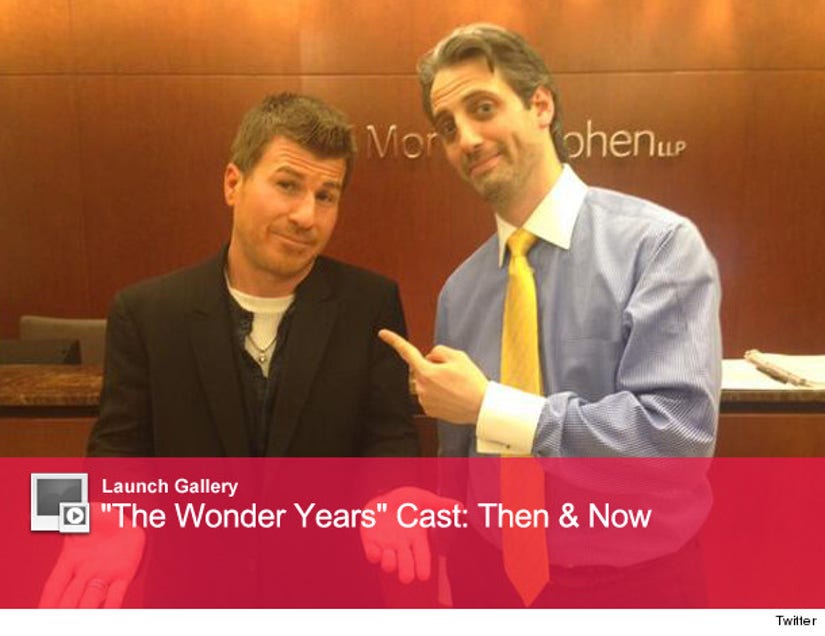 Is there a "Wonder Years" reunion on the horizon? Not likely, but we can dream!

John Saviano shared a snapshot on Twitter Wednesday, posing with former co-star Jason Hervey in the lobby of his law office.

"Look who stopped by for a visit. The man, the myth, the legend @JasonHervey," he wrote along with the candid pic.

Josh, who played Paul Pfeiffer on the show, hasn't done much in Hollywood since the hit series wrapped in 1993, although there was a false rumor he grew up to be Marilyn Manson. He's currently an attorney in New York.

So, what has Wayne Arnold been doing?

We would love to see the entire "The Wonder Years" clan reunite!

Who was your favorite character on the iconic show? Tell toofab in the comment section below, and click "Launch Gallery" above to see what the rest of the cast looks like now.