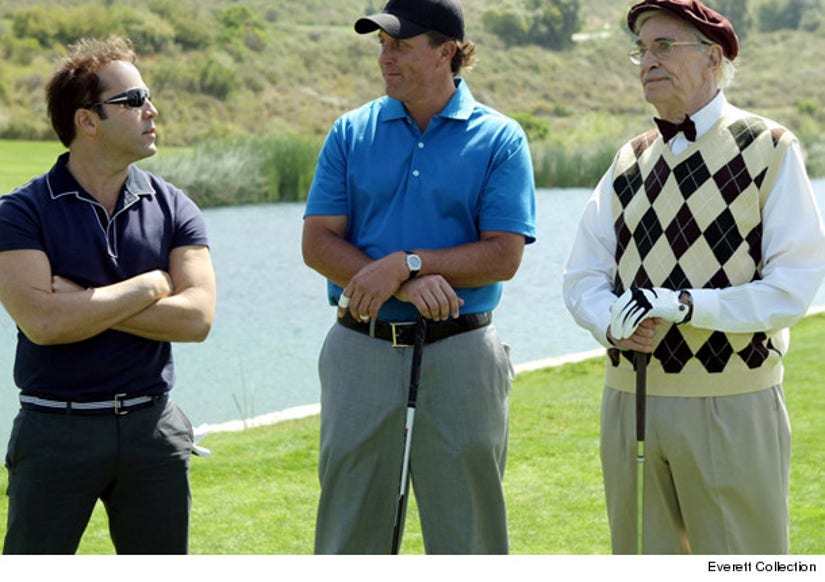 Looks like returning to the role of bumbling producer Bob Ryan is something Martin Landau would be interested in -- because he's set to appear in the "Entourage" movie.

And we're hoping his appearance wasn't supposed to be a surprise, because the legendary actor spilled the beans himself!

Landau, 85, confirmed he'll cameo in the upcoming flick during a Q&A at the ArcLight Theater in Hollywood on Wednesday, following a screening of "Ed Wood."

While it sounds like his part will be relatively small, he said he was looking forward to working with series creator Doug Ellin again -- adding that the show had a collaborative set where everyone's ideas were heard.

Landau scored an Outstanding Guest Actor in a Comedy Series Emmy nomination for his portrayal of Ryan in 2007, but lost out to Stanley Tucci's performance on "Monk."

Billy Bob Thornton and Haley Joel Osment have also been cast as father and son characters Larsen and Travis McCredle.

According to a press release, the flick will find Vincent Chase and the boys "back in business with super agent-turned-studio head Ari Gold."

It continues, "Some of their ambitions have changed, but the bond between them remains strong as they navigate the capricious and often cutthroat world of Hollywood."

No release date has yet been announced.