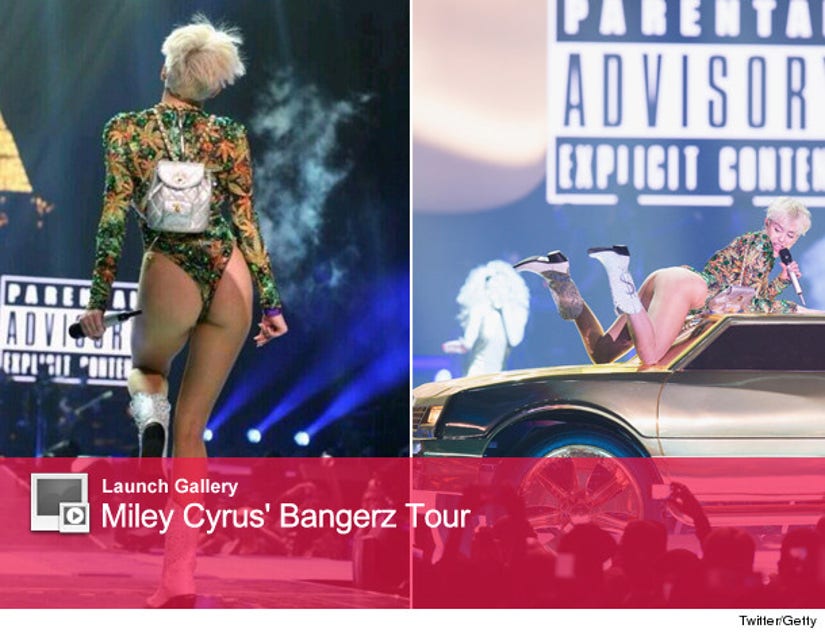 Miley Cyrus is silencing her haters!

The "Adore You" singer took to Twitter on Thursday to send a message to her critics who have been bashing her for her crazy tour behavior.

"You can't say I didn't warn you. Now sit back relax & enjoy the show. #bangerztour," she tweeted, along with a snapshot of herself, baring her infamous butt as she walks away from the crowd (above left).

"Save your complaints for the McDonalds drive thru when they forget the 'fries with that,'" the 21-year-old added.

Miley's management has reportedly been inundated with complaint calls from parents saying the she's gone too far during her two-hour-long concert, which includes dirty dancing, crotch grabbing and simulated sex with her dancers.

During a teleconference before her tour kicked off on Valentine's Day, the songstress said that she wanted to keep her shows "carefree."

"My goal was just to keep [the show] really fun. That's what I think I'm kind of representing more than anything in the past year, fun and [being] carefree and that's what the show represents," she said.

Do you think Miley is going too far? Sound off below, and click "Launch Gallery" above to see more photos from her Bangerz tour!