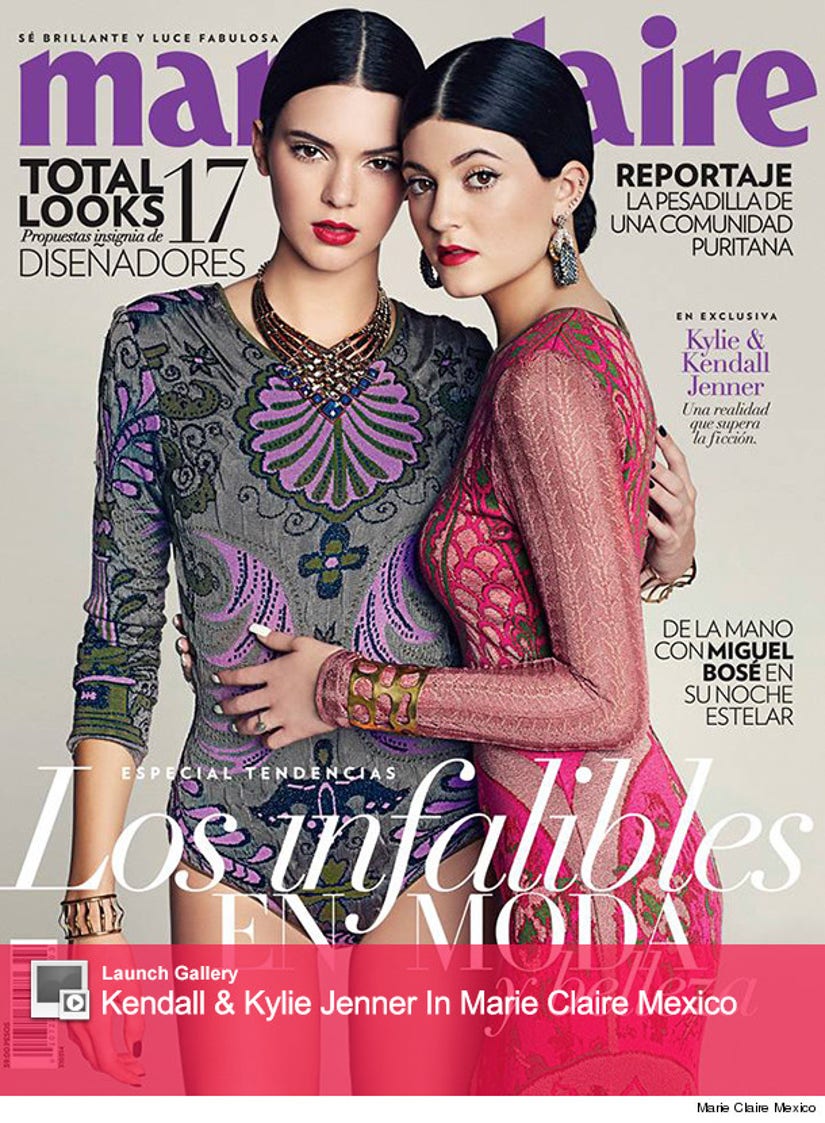 Kendall and Kylie Jenner are setting themselves apart from their famous family!

The "Keeping Up with the Kardashians" starlets are gracing the cover of the March issue of Marie Claire Mexico, where they're dishing on growing up in the reality tv spotlight.

"It would be very weird to not be filming because that's all I remember since I was the age of 9. I can't imagine it," Kylie tells the mag. When the show ends, "It's going to be a whole new chapter in my life."

The 16-year-old reveals that she's learned some important qualities from her family members. "They've got great work ethic and they are so kind to everyone around them," the teen star says of parents Kris Jenner and Bruce Jenner, plus her many siblings. "They really take in and appreciate everything they have around them when it comes."

The brunette beauties explain that they try to be good role models for their fans by following in their family's footsteps.

"I think we definitely try to set the best example we can," Kylie explains. "Sometimes we have to take a step back and realize that with the opportunities we have, we also have a lot of power to change things. Sometimes we can complain about the paparazzi and about being so public, but I think we have realized that there is just so much that we could do and that we definitely wanna pursue."

Kendall has a more carefree attitude about her time in the limelight, adding, "I think our biggest thing is that you're only a kid for so long and you're an adult your entire life, so live that until you can."

So, what's next for the famous teens?

Kendall has been making a name for herself in the modeling world, walking the runways at New York and London Fashion Week.

The 18-year-old says that she's "always enjoyed watching and looking at high fashion models and supermodels. I always wanted to be them. Even as a kid, I remember always looking at my mom's magazines. I would look up to them and I thought they were so beautiful and they seemed very elegant and cool."

While Kendall is taking the fashion world by storm, Kylie is pursuing other passions. "Right now I love designing and I want to pursue that career once I turn 18, but acting is something I would regret not giving a chance when I'm older, so I would love to try it and see if I like it."

These two beautiful ladies seem to be on the right track!

What do you think of their candid comments? Tell toofab in the comment section below, and click "Launch Gallery" above to see more sexy shots from the cover shoot.

Check out the video below to see Kendall hit the runway at New York Fashion Week!