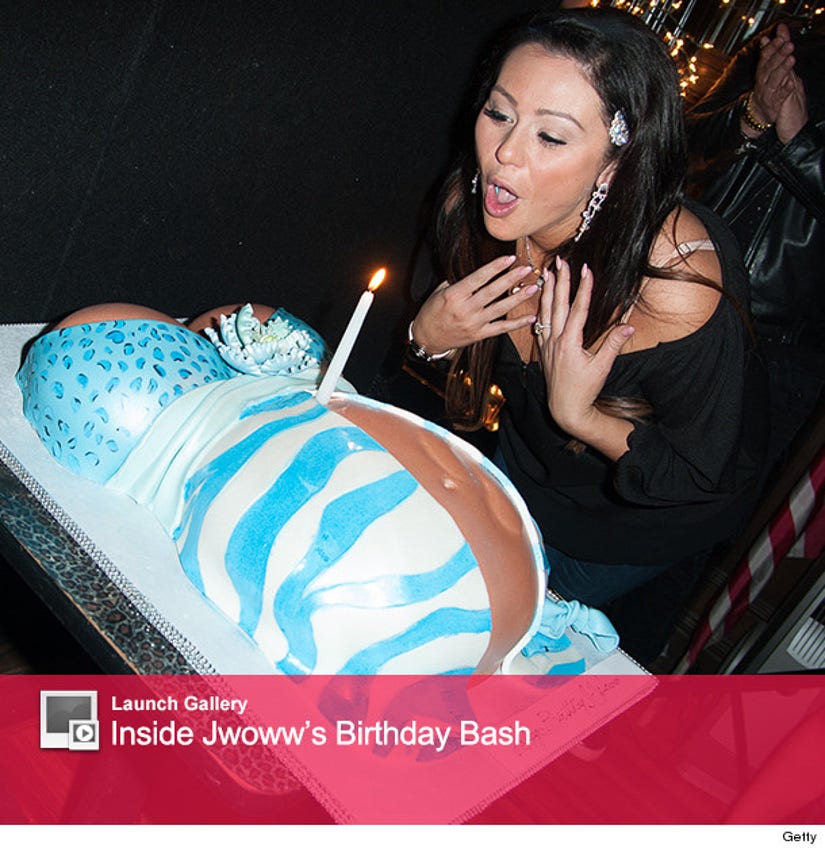 The pregnant "Jersey Shore" star attended the soiree in a black top, tight jeans and a pair of ridiculous pink heels that were covered in roses and feathers. 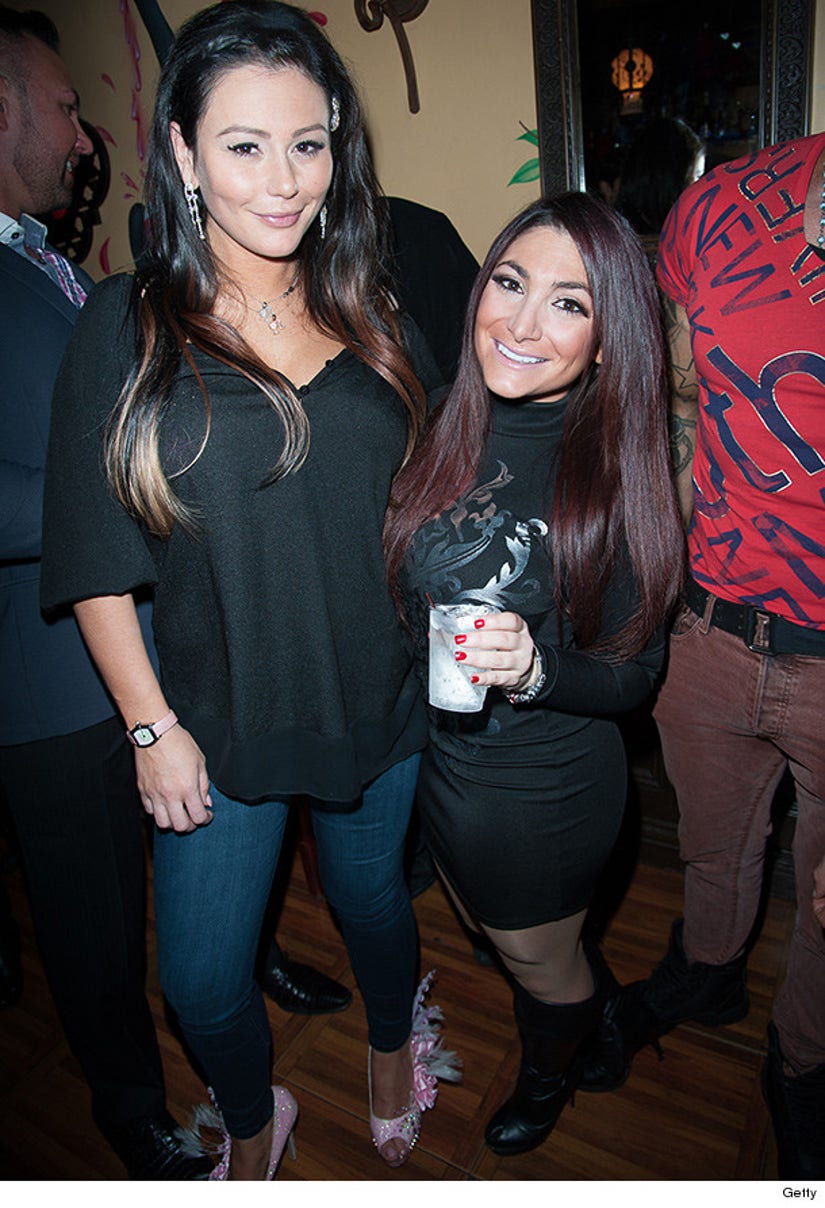 While fiance Roger Mathews and former costar Deena Cortese were both on hand for the event, one BFF was MIA: Snooki!

The morning after the party, Snooks tweeted that she had a stomach bug, so maybe that's why she didn't show. Of course, with rumors starting to circle that she's pregnant with Baby #2, maybe she was just trying to avoid the media circus by staying home instead?

With a pregnant, lingerie-clad cake, good friends and gifts, it still looks like Jenni had a great time though.

Check out more photos from inside the party above. Jwoww actually turns 28 on Thursday.