Queen Bey has done it again!

Beyonce has dropped yet another hot music video, this time for "Partition."

Dressed in bejeweled corsets, metallic trench coats and vintage-inspired lingerie, the brunette beauty plays an aristocrat who finds herself daydreaming of affection during breakfast.

From a sexy burlesque show to a seductive strip tease, the 32-year-old looks sexier than ever as she teases hubby Jay-Z – who makes another cigar-smoking cameo.

The video, which was directed by Jake Nava, was inspired by Beyonce's trip to Crazy Horse Parisian cabaret on the day she got engaged to the rapper.

"I just thought it was the ultimate sexy show I've ever seen, and I was like, 'I wish I was up there. I wish I could perform that for my man.' So that's what I did for the video," Bey explained in her documentary, "Self-Titled" -- Part 4.

"It takes me back to when me and my husband first meet and he's trying to scoop me and he thinks I'm the hottest thing in the world," she added. "I kinda had this whole fantasy of being in the car and this whole movie played in my head."

The video is HOT HOT HOT!

Check out the "clean" version above, and click here to see the "explicit" version.

What do you think of the video? Tell toofab in the comment section, and click "Launch Gallery" below to see Beyonce's most flawless "Beyonce" looks! 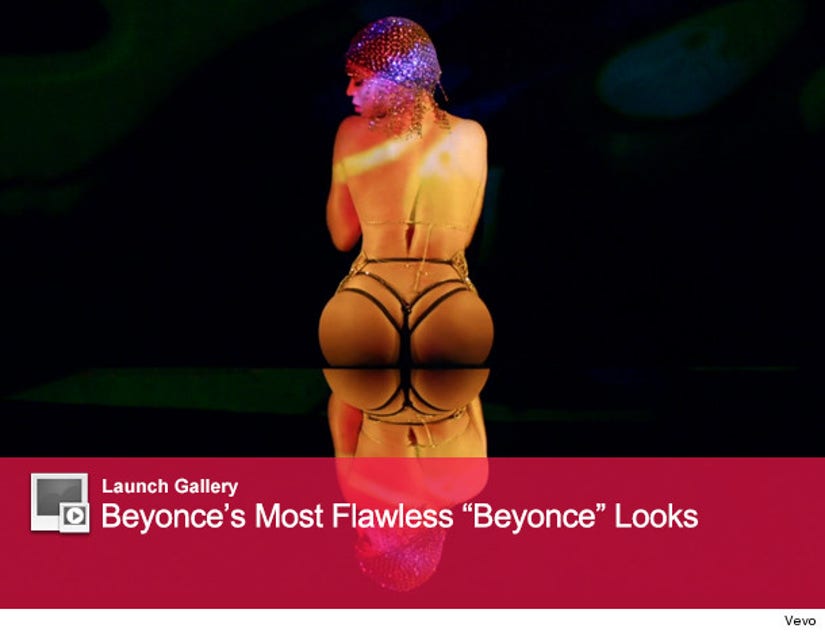