Kaley Cuoco is a lady in love!

The "Big Bang Theory" starlet admits that her marriage to hubby Ryan Sweeting may have seemed too quick, but she insists that she knew exactly what she was doing when they tied the knot on New Year's Eve, just six months after they met.

"We actually met on a blind date. I had never met him, and he had really never met me. He still tells me he had never seen the show, he didn't know who I was," the blonde beauty told David Letterman on Monday night.

"It all did move quite fast on paper," she admitted, "but we really did know...And I know you're all thinking, 'She's nuts!' I swear I'm not nuts. We just fell in love."

The cute couple got engaged just three months after their first date, and then married less than three months later.

Do you think they got hitched too soon? Tell toofab in the comment section below.

Check out the video above to hear more details about their star-studding wedding, and click "Launch Gallery" below to see more photos from Kaley and Ryan's big day! 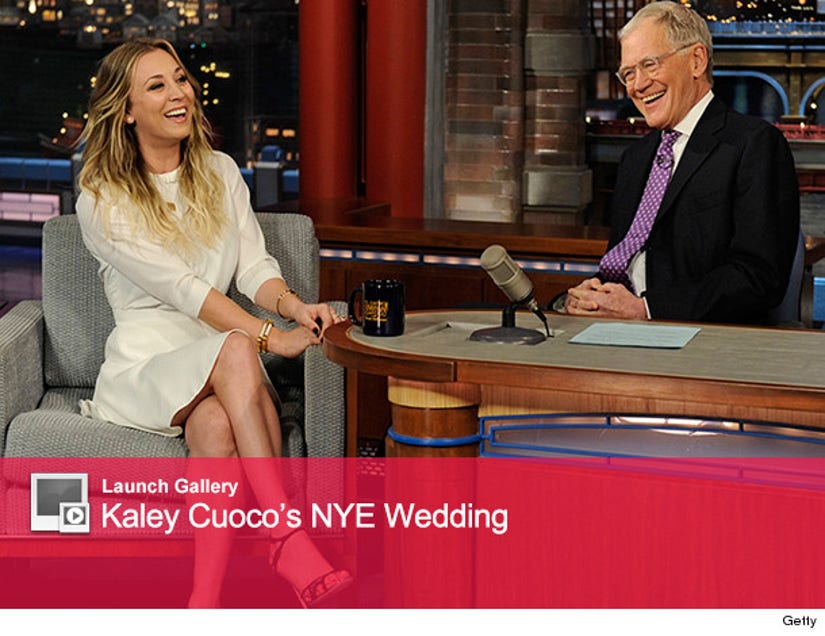