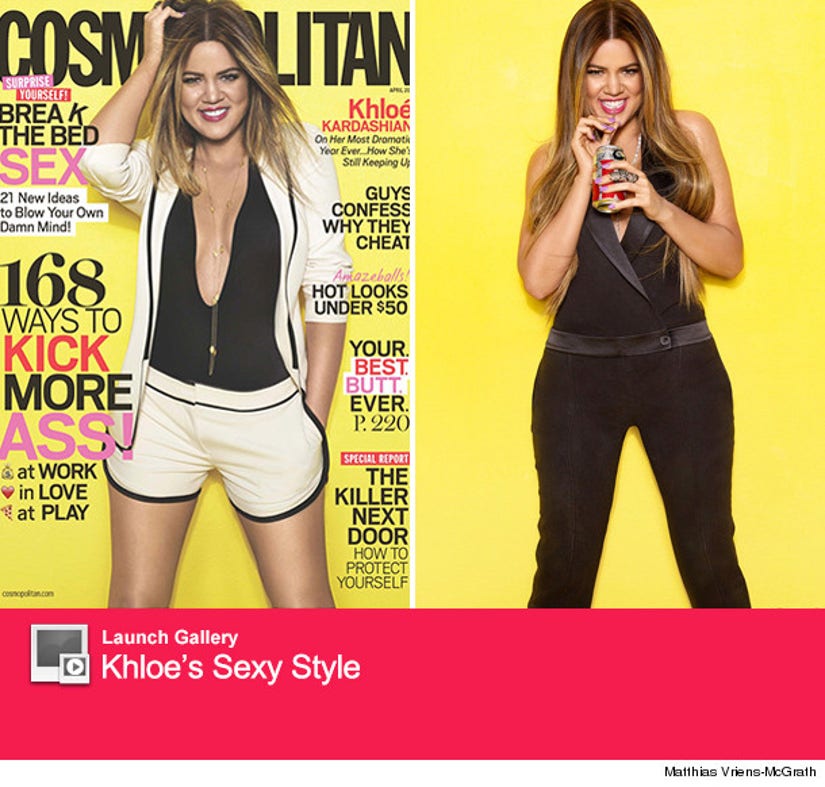 The 29-year-old covers the April issue of Cosmopolitan, where she opens up about dealing with her own personal struggles and shares her thoughts on Kris and Bruce Jenner's recent separation.

In a candid interview for the mag -- conducted just two days before she filed for divorce from estranged husband Lamar Odom -- Khloe chats with her "momager" about all of the crazy things going on in their very public Kardashian world.

While Khloe may have had a pretty rough year in 2013, she didn't ask for help ... from anyone.

"I'm not a big 'cry on a shoulder' person. I'm very introverted when it comes to my own stuff. Everyone has issues, and I'm not someone who likes to burden people," she says.

"I got into a car accident yesterday, and no one knew until hours later. I said, 'Oh, my back hurts.' If it had been Kim [Kardashian], she would have called everyone saying, 'Help! I'm stranded!' That's just how I am. I hold things in. I don't know why."

The 29-year-old may internalize a lot of her personal drama, but she knows that she can always turn to one of her family members if she ever needs to. 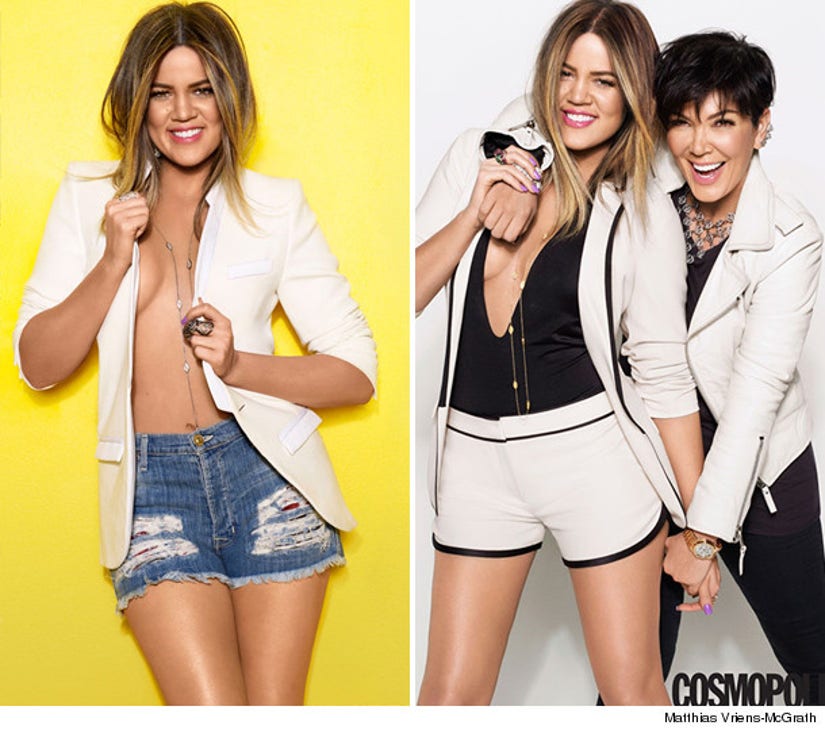 The "Keeping Up with the Kardashian" star also shares her thoughts on Kris and Bruce's recent separation.

"There was no scandal. There was no bad blood. You're just happier apart. You are nicer to each other now," she explains. "You get excited to see each other at dinners. It makes me sad that people think Bruce is no longer a part of my life. I talk to him every day! I consider him my second father."

And no matter what goes on behind closed doors or in the public eye, Khloe believes that her big family has made her a better person.

"I think it makes me a better person. We live in the public eye, so if one of us makes a mistake, it affects everyone, which makes me think about what I'm doing in life more," she confesses. "I have such a great support system here. We're so judged when we leave these walls that we try to never do that to one another here."

Well, we think the blonde beauty has a great head on her shoulders and hope that 2014 brings only good things for her.

What do you think about Khloe's confessions? Tell toofab in the comment section below, and click "Launch Gallery" above to see even more photos of her sexy style!