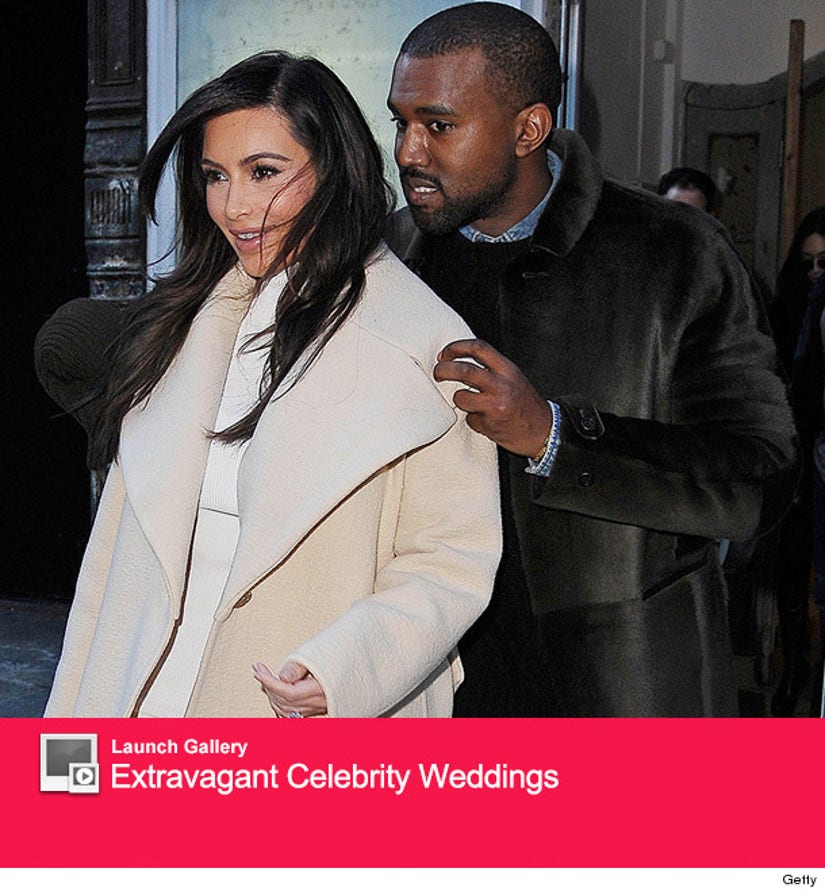 Kim Kardashian's second wedding was an extravagant, over-the-top, televised fairy tale -- so is she planning on going in a different direction the third time around?

According to Kim, apparently that's the case, though we're still a little skeptical.

While she confirms her nuptials with Kanye West will take place in Paris, it won't be the crazy affair her ceremony with Kris Humphries was.

In an interview today with Ryan Seacrest, Kim says the two are planning a "super, super small intimate" wedding.

"As we are going along, we realize we want it to be smaller and more intimate than people are imagining and thinking," she said, adding that it'll also happen in 2014.

As far as Kanye's role in all the planning, Kim says he's doing his part.

"There's certain things I'm like, 'I know you're going to hate the seating chart, so I'll take care of this.' And then there's some things that are really important to him, [but the] seating chart is like death," she explains.

We're sure the entire event will be filmed for "Keeping Up with the Kardashians," and considering how ridiculous his proposal was, we'd be very surprised if the wedding was low-key.

Do you believe her? Sound off below!