Kanye West is showing off his softer side!

During an appearance on "Late Night with Seth Meyers" last night, the rapper revealed that welcoming baby North West has changed his approach to life and to his music.

"Do you think she'll be something that inspires your work?" Meyers asked. "Yeah, totally," West said. "Everything, and my approach to life. It's changed it." 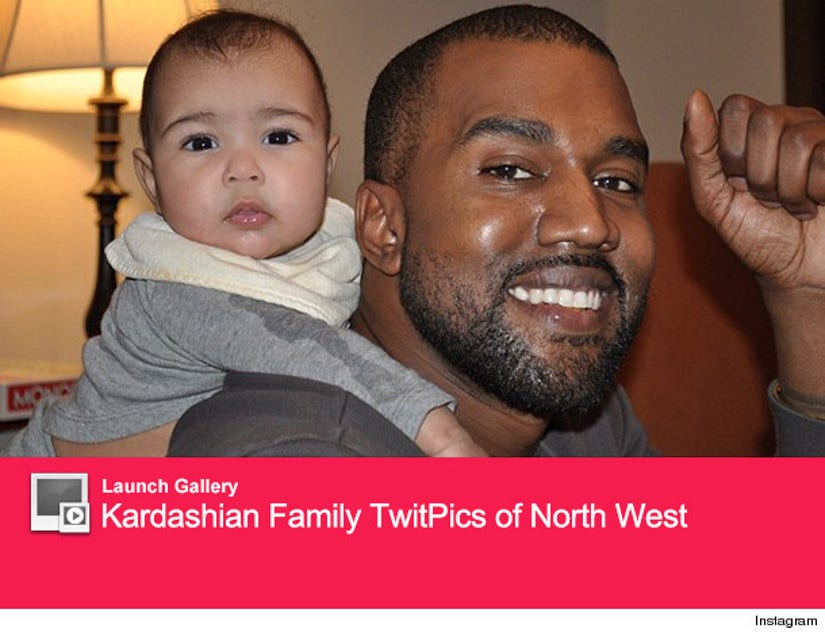 "So very kid-friendly songs?" the talk show host joked. "Are you the new Wiggles?

"I think artistic, intellectual kid-friendly songs. Meaning, like, you go to Europe there's nudity on TV ... So it's all in the way you're raised and have an understanding and appreciation for what you're looking at, what you're hearing, and why you're hearing it," Kim Kardashian's fiance explained. "If you think about the Yeezus album, cursing was definitely necessary. It would be like if you [asked] Quentin Tarantino, 'You going to make G-rated movies?' It's Quentin Tarantino!"

Check out the video above to see what else Kanye said about his new outlook on life.

After his interview with Meyers, the 36-year-old wowed the audience with a five-minute performance of his greatest hits in chronological order by album -- including "Jesus Walks," "Touch the Sky," "Stronger," "Heartless," "All the Lights," "Mercy" and "Black Skinhead."

Watch the performance below, and click "Launch Gallery" above to see more Kardashian family TwitPics of North West!