Before sky-rocketing to fame, some of this year's Oscar nominees had very humble beginnings!

While Matthew McConaughey has starred in some stinkers ("Texas Chainsaw Massacre: Next Generation" anyone?), this is by far our favorite of his early roles.

Back in the day, the actor appeared in a re-enactment on "Unsolved Mysteries" ... and, of course, he was shirtless:

Amy Adams played the ditzy, promiscuous pageant contestant Leslie, in the in 1999 film "Drop Dead Gorgeous" ... a film that we actually love.

Click the link below to see this red-hot "American Hustle" star in her debut film role:

Did you know that before he was a big-time movie star, Leonardo DiCaprio guest-starred as the character Glen in 1980's TV show, "The New Lassie?"

See the "Wolf of Wall Street" in one of his earliest roles at the 2:00 mark:

See if you can recognize the young "American Hustle" star in the trailer below:

Jennifer Lawrence has definitely had her share of embarrassing roles.

In 2006, the best supporting actress nominee guest starred on the TV show "Monk" as a high school mascot. Check out the "American Hustle" star's school spirit in the video below:

Prior to becoming a household name, Sandra Bullock appeared in the undeniably dreadful film "Hangmen."

Obviously, the "Gravity" actress has come a very long way since starring in this cheesy action flick:

Before this "August: Osage County" star shot to fame, she appeared in the 1980's TV show "Miami Vice" as Polly Wheeler.

Click the video below to see Julia looking fierce in 80's fashion:

Did you know that before Bradley Cooper became a mega movie star, he guest-starred on the HBO series, "Sex and the City?"

Click the clip below to see the "American Hustle" star's steamy scene with Sarah Jessica Parker.

Want to see even more stars before they were famous? Check out the gallery below to see celebs' best throwback TwitPics! 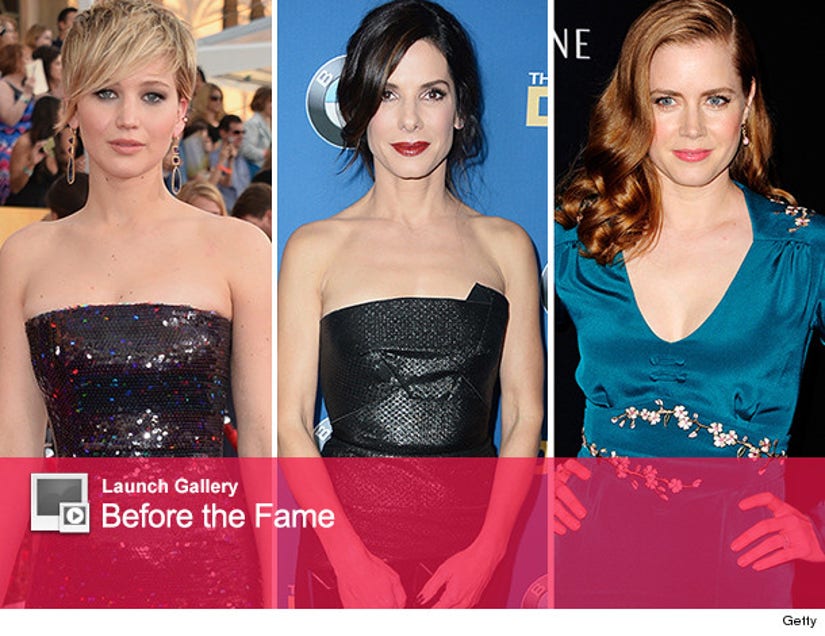