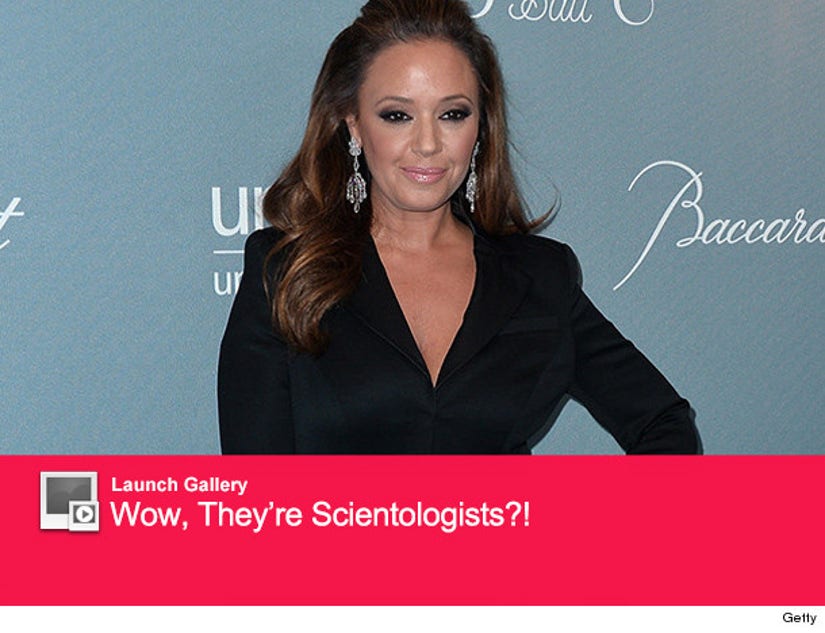 Leah Remini is speaking out about Scientology!

"The Exes" actress opens up about leaving the Church of Scientology in the summer of 2013 in a new interview with BuzzFeed.

The 43-year-old admits there were "dozens of influencing factors," but she decided to leave when her daughter Sofia﻿, 9, approached the age when auditing -- a process that involves a series of probing questions -- was required for acclimation into the church.

"In my house, it's family first -- but I was spending most of my time at the church," she says. "So, I was saying 'family first,' but I wasn't showing that. I didn't like the message that sent my daughter."

Remini says she tried to speak to fellow Scientologists to spark change, but "they only cared that their lives would be disrupted if they stood with me. They didn't care about doing the right thing."

"We had a chance to make a change from within, but they didn't want to," she claims. "That showed me they didn't actually care, which went against everything I thought we stood for."

The brunette beauty also says she lost many friends after renouncing the religion seven months ago.

"In the Church, you're taught that everybody is lost," she explains. "They say they're loving, caring, non-judgmental people, but secretly, they were judging the world for not believing what they believed. To me, that is not a spiritual person. That's a judgmental person and that is the person that I was. I was a hypocrite, and the worst thing you can be in this world is a hypocrite."

What do you think of her candid comments? Tell toofab in the comment section below, and click "Launch Gallery" above to see more celeb Scientologists!

Check out the video below to hear what Remini told Ellen DeGeneres about her exit from the Church.