Well this doesn't look like the face of a woman who just split from her husband of almost 9 years, does it?

Paula Patton was spotted on Wednesday for the first time since announcing her separating from Robin Thicke, popping up at LAX dressed head-to-toe in all black.

While she was rocking boots, black denim, a vest and sunglasses and a big smile, one thing was noticeably absent: Her wedding ring.

It's clear she's trying to keep a brave face in the wake of the split, something she'll have to do again his when, as she's scheduled to attend the Independent Spirit Awards on Saturday.

The sighting comes amid reports that Thicke isn't ready to give up on their marriage yet, even though his antics with Miley Cyrus and a couple random club-goers are what prompted the separation. 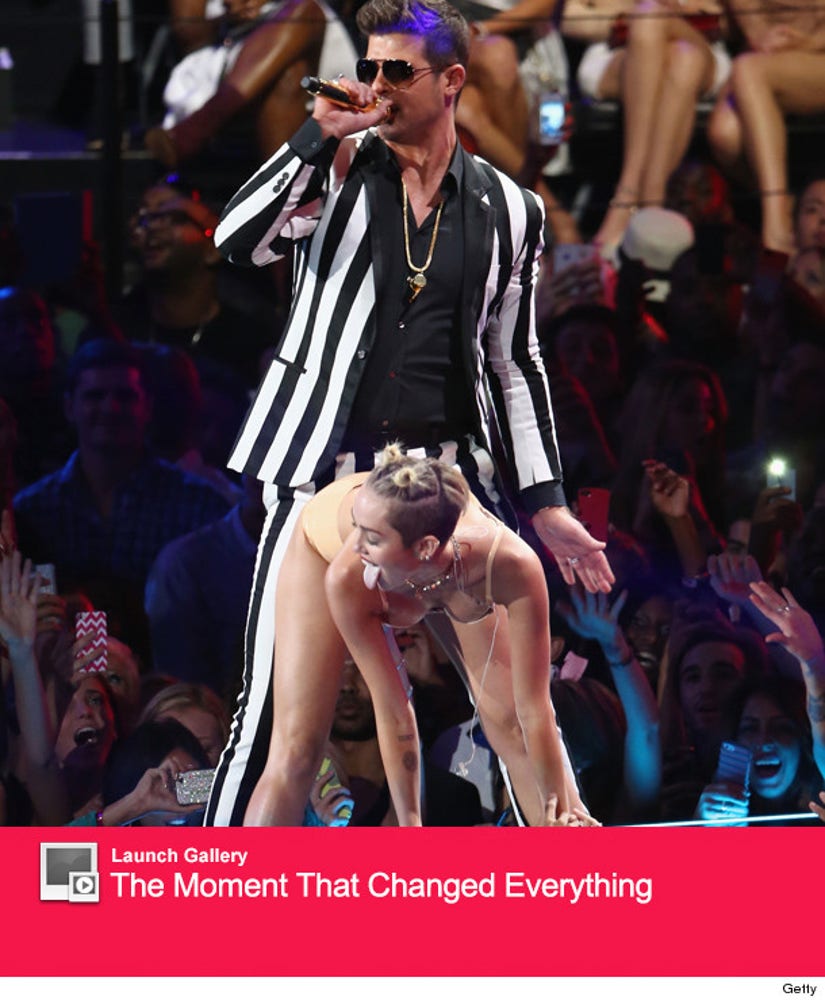 On Wednesday, Robin broke his silence, thanking fans for their support on his official website.

"I want to thank everyone for the well wishes these last few days. My fans mean everything to me," he said ... adding that he'll resume his tour later today in Washington, DC.

It's sure to be an interesting show tonight. Do you think he'll say something about the couple's split during his performance?

Check out the gallery above to see the two in better days, when they used to suck face on almost every red carpet they stepped foot on.

We're LOVING the last photo, which shows how much they've changed since they started dating back in the day.

Do you think they'll reconcile? Sound off below.