If the motel's a rockin', don't come a knockin'!

"Bates Motel" returns for its second season Monday night on A&E -- and it sounds like some of the rooms will see some serious action.

toofab's Brian Particelli caught up with the stars of the hit drama at its big premiere earlier this week, where Max Thieriot, Olivia Cooke, Nestor Carbonell and newcomer Paloma Kwiatkowski let us in on the hot hookups in White Pine Bay.

Olivia, who plays Emma on the series, got pretty detailed about filming one scene in particular -- a scene that had her nearly naked in front of a room of old men.

Check out the video above to see who's getting lucky in Season Two! 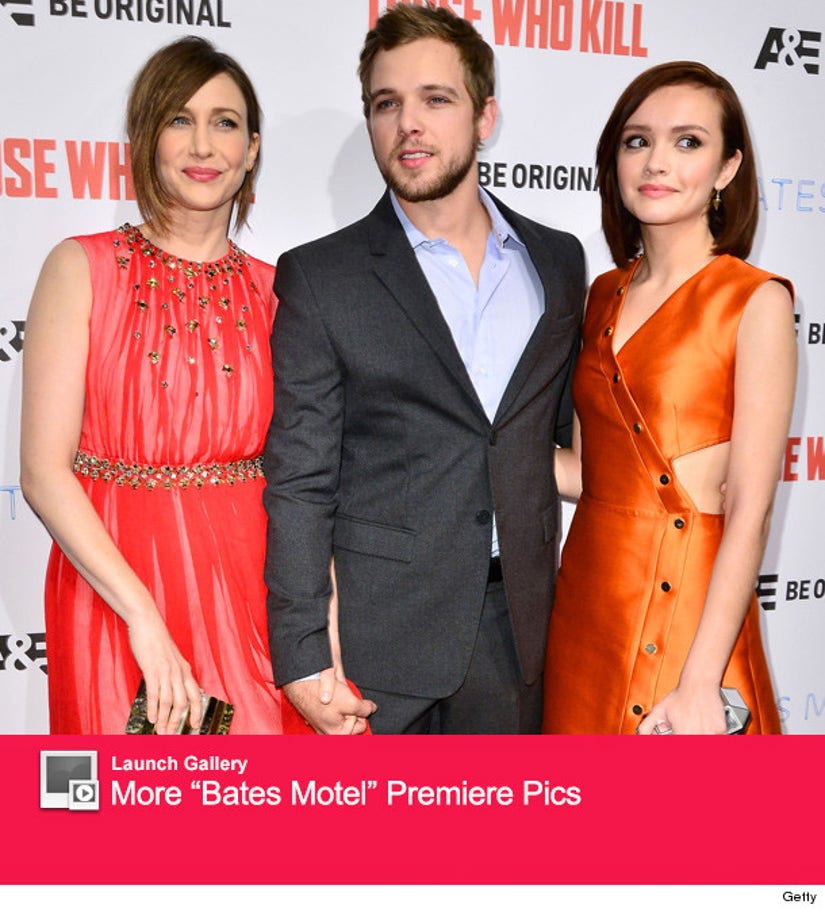