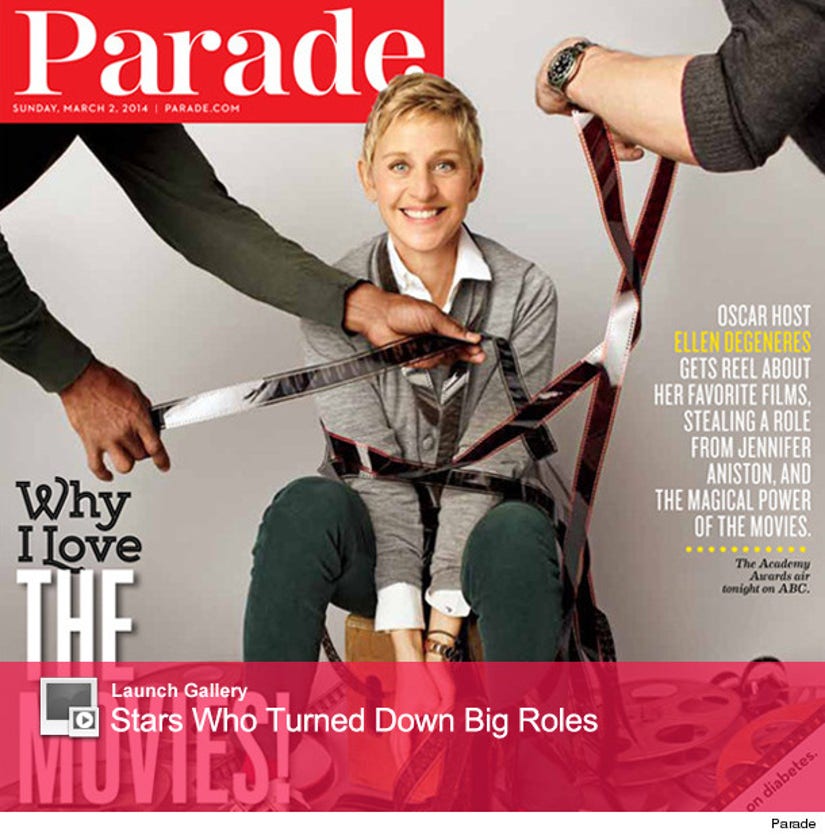 Ellen DeGeneres may be on top of the talk show game, but did you know she beat out Jennifer Aniston for a movie role?

In an interview in the March 2 issue of Parade magazine, "The Ellen DeGeneres Show" host revealed that she scored the supporting role in 1999 comedy "EdTV, " despite some very stiff competition from the former "Friends" favorite.

"She recently reminded me that I beat her out of that," she tells the mag. "I got the part and Jen Aniston didn't! That'll probably be the only time that happens." 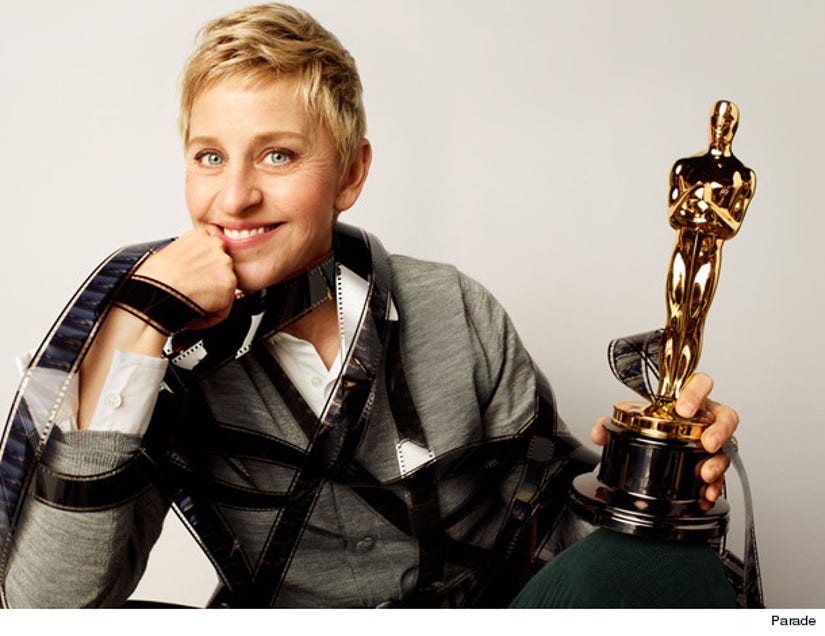 A year after stealing that role from Aniston, DeGeneres says she helped inspire one for another rising starlet: Oscar winner and current nominee, Sandra Bullock.

"'Miss Congeniality' was written based on me," the 56-year-old revealed. "When I was getting ready to cohost the Emmys, the writer saw me [on TV] learning how to walk in a dress and heels. My stylist at the time -- a man -- was teaching me, and it was ­hilarious. The 'Miss Congeniality' writer saw it and thought it was brilliant."

Check back with toofab on Sunday to see the best moments from the star-studded award show, and click "Launch Gallery" above to see more stars who turned down big roles.