"Scandal" star Kerry Washington stopped by "Jimmy Kimmel Live" on Thursday to talk about the international success of the hit ABC show.

"Now Scandal is on all over the world now, right?" Jimmy Kimmel asked the mama-to-be.

"It's very cool," the 37-year-old said. "Like we were all sitting around on set one day and we realized the South African premiere was happening. Because we were all at work. We were like, 'Oh, let's live tweet with our South African audience.'"

"So in South Africa, it's probably untouched," the late night host teased. "But in other countries they overdub it, I guess?" 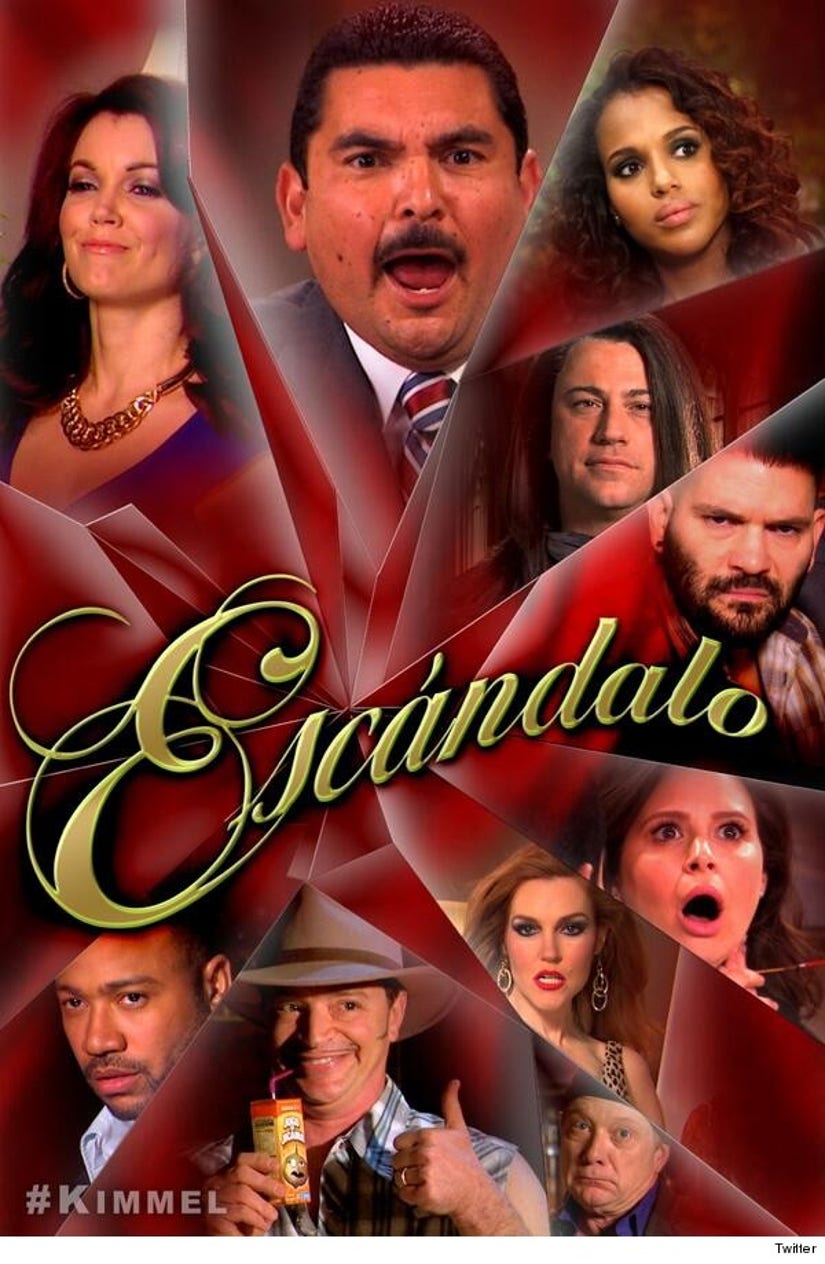 "Yes, in South Africa, the whole continent of Africa, we have a different name," Washington said. "'Cause there is a show out of Nigeria called Scandal, so we're called The Fixer in Africa. But in other countries, yes, there are other people who have Olivia Pope's voice."

Kimmel then presented the Spanish version of the smash hit series, "Escandalo."

Kimmel's sidekick Guillermo took on the role of this version's President Fitz (Tony Goldwyn), while Bellamy Young and Katie Lowes also appeared in the mock telenovela.

Check out the video above to see the hilarious new version of "Scandal," and click "Launch Gallery" below to see Kerry and even more expecting celebrities! 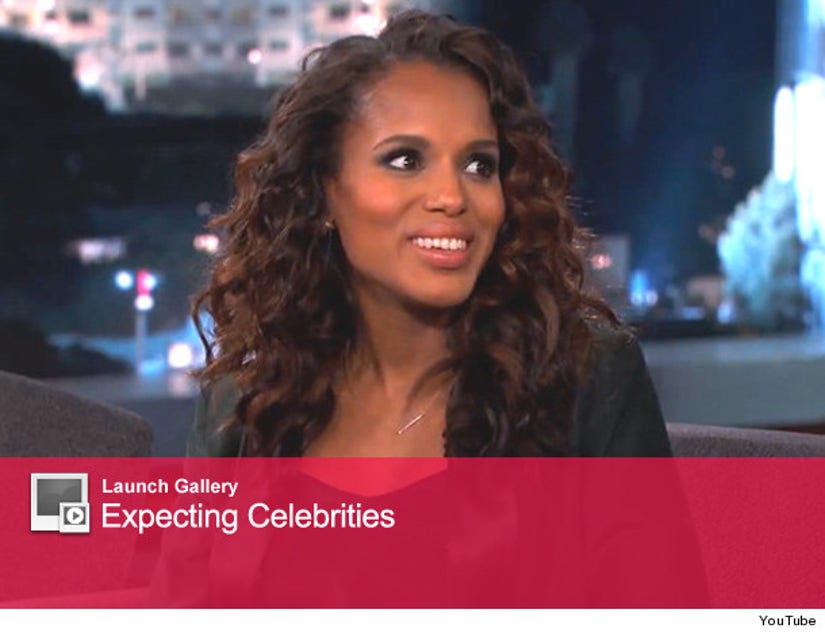