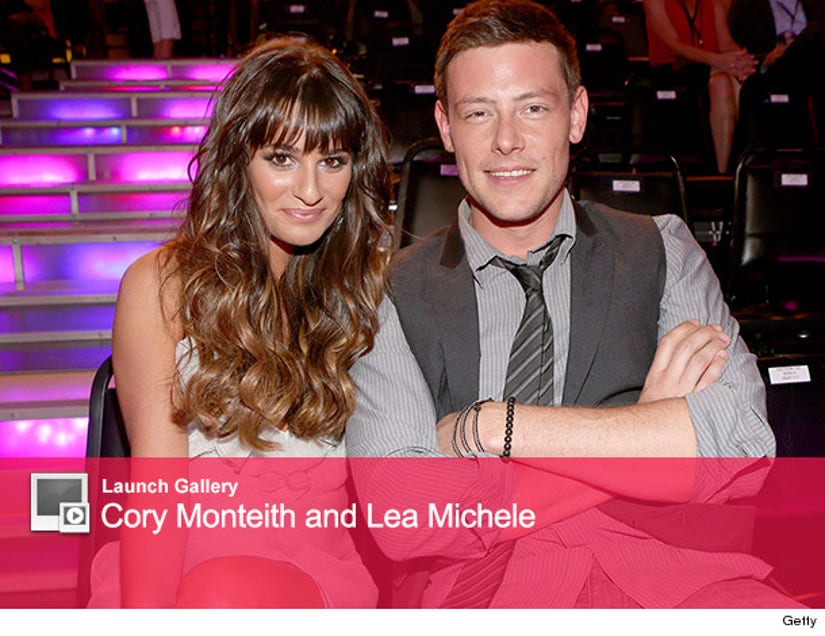 Seven months after the tragic death of "Glee" star Cory Monteith, Lea Michele has released her emotional tribute ballad to her late boyfriend.

"If You Say So" is named after the last words the actor ever said to his girlfriend, and was apparently written just seven days after his passing.

"It's been seven whole days without your embrace, I wanna see your face, I've got some things to say. It's just a week ago, you said I love you girl. I said I love you more. And a breath, a pause, you said, if you say so," she sings in the chorus.

The final verse is the most heartbreaking, with Michele revealing, "I check my phone and wait to hear from you in a crowded room," and the music builds as she concludes, "I thought we would grow old/Mirrors in the smoke/Left me here to choke."

Monteith died at the age of 31 in his Vancouver hotel room from a lethal combination of heroin and alcohol.

The brunette beauty opened up about Cory and the influence he had on her music in the March issue of Teen Vogue.

"He was such a fan, you don't understand. He would be like, 'You're going to be a pop star! What are we going to do? Are we going to, like, go on the road?' He would say, 'This is going to be big!' And I'd be like, 'I don't know.' He heard every song and gave me his notes on everything," she told the mag.

The 27-year-old also believes that Monteith is looking down on her, which gives her the strength she needs to be a better artist.

"I somehow feel the insane love Cory and I had for each other morphed into this strength that I have right now," she added.

What do you think of her musical tribute? Listen to the song below, and click "Launch Gallery" above to see more pictures of the cute couple.