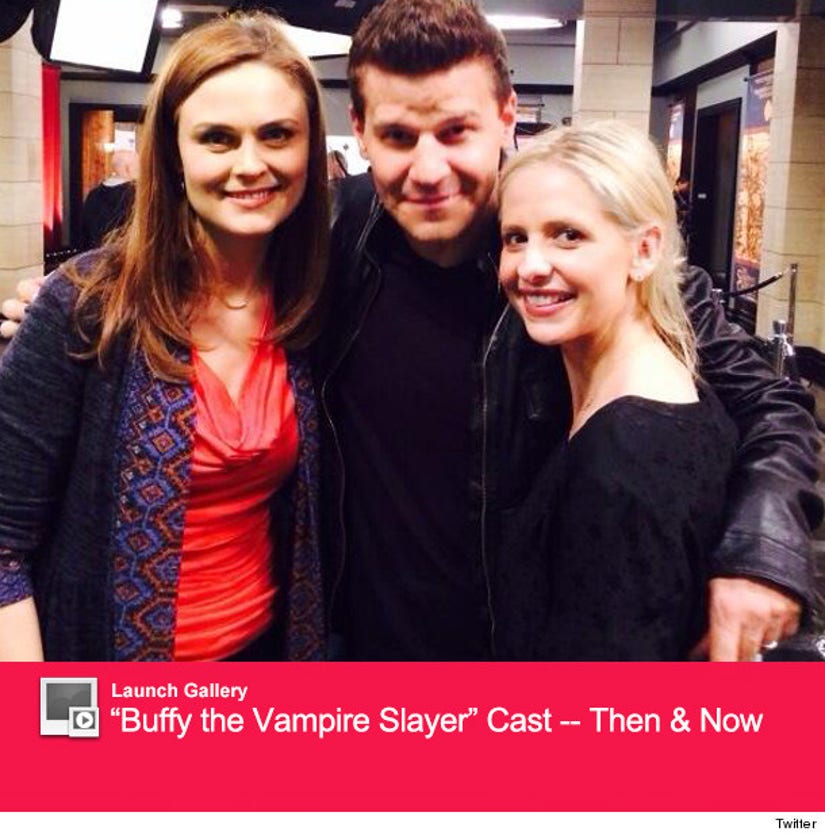 While Sarah Michelle Gellar's TV heroine dated Riley (what a dud!), had a thang with Spike and a one night stand with that horrible college boy Parker Abrams, we always wanted to see her get back with David Boreanaz's tortured vamp.

And now, the former "Buffy the Vampire Slayer" stars have reunited ... with another woman in the picture.

SMG, David and his "Bones" costar/current onscreen love interest Emily Deschanel posed for a pretty epic photo together on Thursday, which Gellar captioned "A tale of two leading ladies."

It's been almost 17 years since the debut of the beloved WB-turned-UPN show, and about 11 years since they were last seen together onscreen during the "BTVS" series finale.

During an AMA with Reddit yesterday, Gellar was asked who she thought Buffy should have been with: Angel or Spike.

"ANGEL," she replied, in all caps. Another fan re-asked the Q, and she replied "Still Angel."

A somewhat creepier fan asked how Boreanaz smells and Sarah had a response ready for that too.

"I can say that David honestly smells very good and continues to smell very good. I apologize to Jamie his wife for answering that question," she replied. 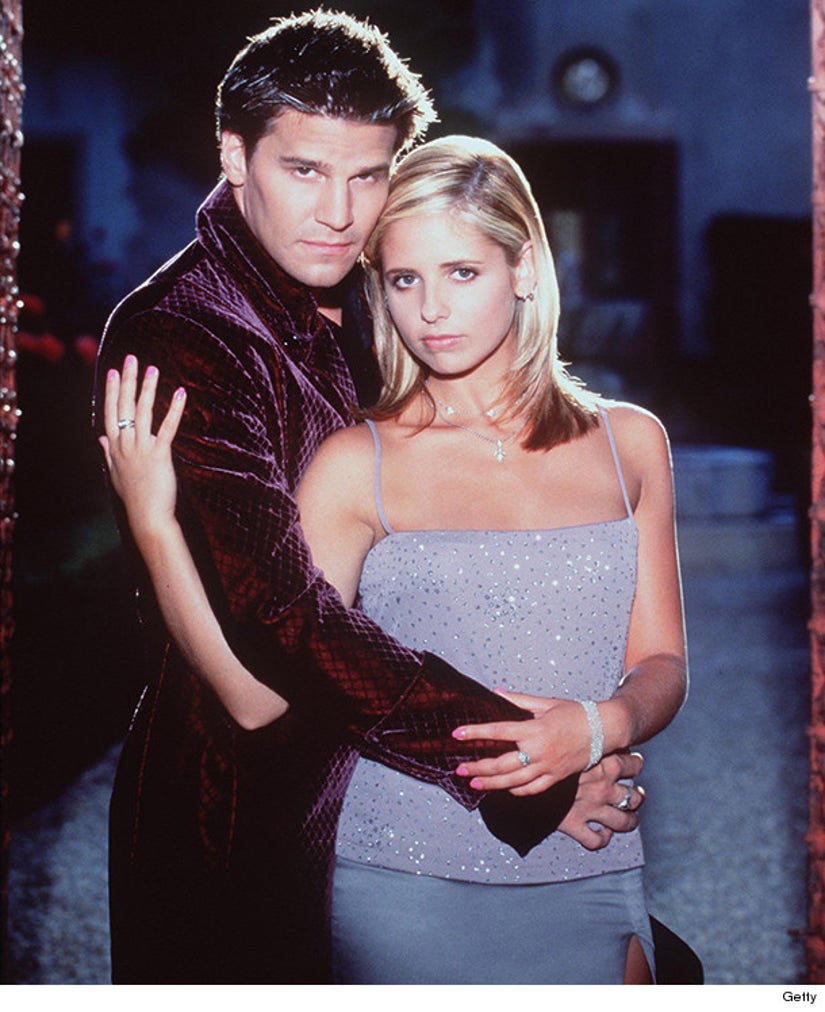