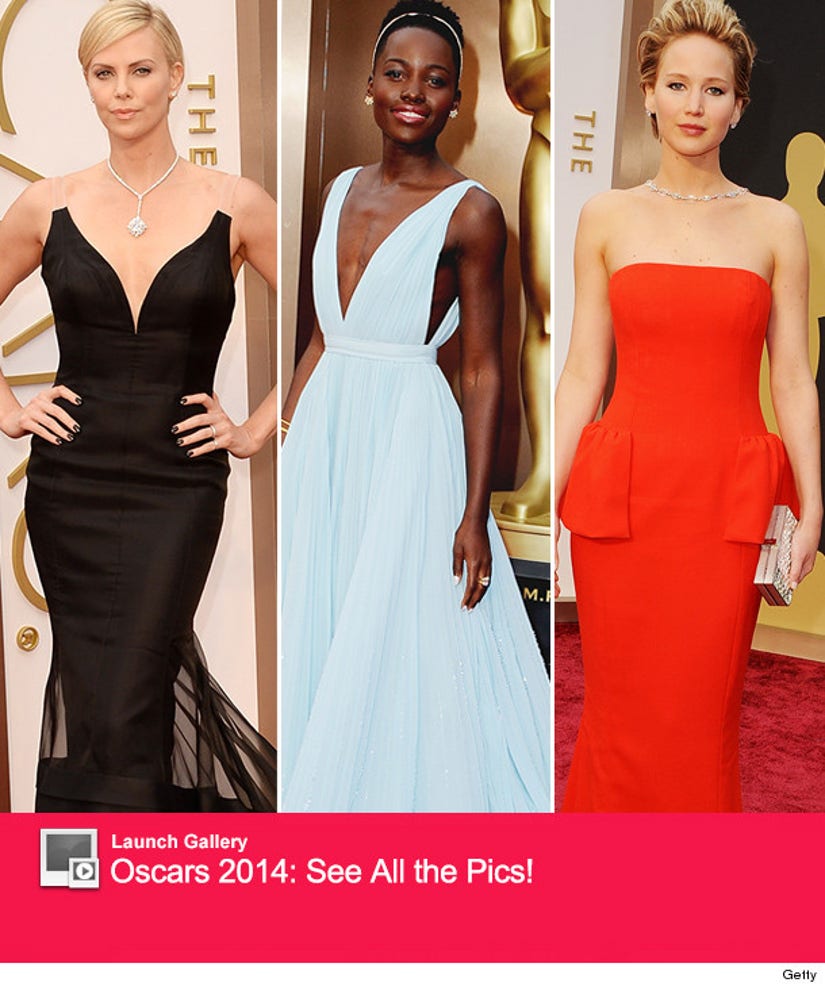 Penis jokes, pizza parties and the most epic selfie of all time. All in all, it was a pretty fun night at the Academy Awards on Sunday.

With Ellen DeGeneres at the helm, the talk show host did a great job keeping things moving and injecting some much-needed humor when things started to get a little stale.

Taking over after Seth "We Saw Your Boobs" MacFarlane, the show was definitely more family friendly and safe, but not sterilized enough that it wasn't entertaining.

And with big wins from people like Lupita Nyong'o and Jared Leto, there were some new faces taking home the gold.

Check out the videos below to see our favorite moments of the evening!

The first "moment" of the night happened before the show even started -- with Jennifer Lawrence following up her on-stage trip of 2013 with another fall as soon as she hit the red carpet.

Ellen DeGeneres was this year's saving grace, cracking everyone up with an opening monologue that took aim at J-Law's clumsiness, June Squibb's age and Liza Minnelli's many drag impersonators.

The best bit was the Jonah Hill joke though. How do you think she did as a host? 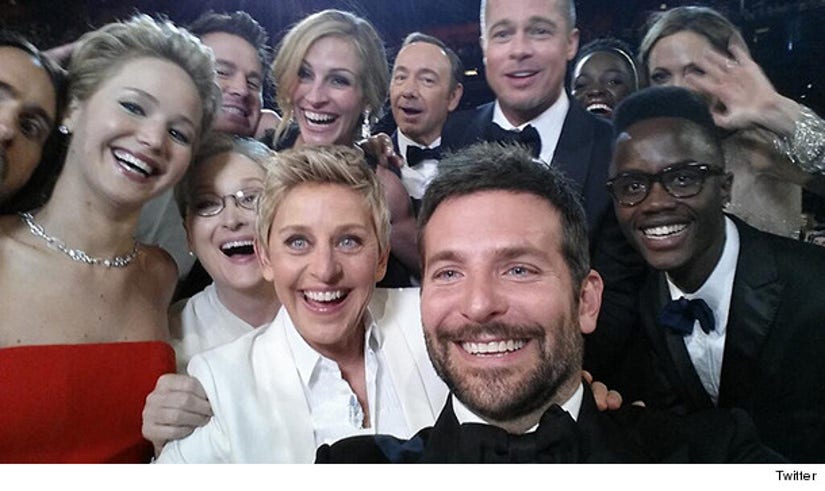 It was easily one of the most shared moments of the night ... and one of the best photos ever taken.

While everyone would have loved another fun speech from Jennifer Lawrence, this was Lupita's year -- and her moving speech for her Best Supporting Actress speech was an emotional high point of the evening.

Ellen had another viral moment when she decided to hand out pizza to everyone in the audience. It was very interesting to see who gladly scarfed down a piece ... and who turned it down.

Without any circus theatrics, P!nk still managed to bring down the house with her amazing voice -- singing a lovely version of "Somewhere Over the Rainbow" in a tribute to "The Wizard of Oz."

Not only did she sound great, but her ruby red dress was incredibly sexy.

Broadway superstar Idina Menzel sings "Let It Go" from "Frozen" ... not whatever name John Travolta decided to say while introducing her big performance.

Matthew McConaughey won his first Oscar for his performance in "Dallas Buyers Club" -- and his speech definitely made us choke up.

From thanking his late father, his mother (who was in the audience) and his children, Matt made his speech personal ... and ended it with those three words we all wanted to hear.

What was your favorite moment of the night? Sound off below -- plus, check out some hot video from the Vanity Fair Oscar party!