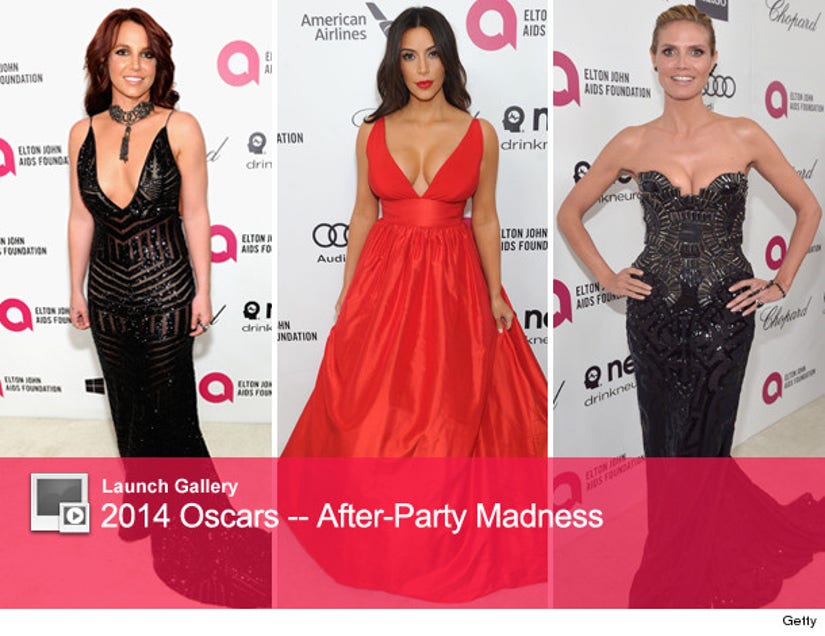 The singer showed off her décolletage in a low-cut beaded black illusion dress at the Elton John AIDS Foundation Academy Awards Viewing Party in West Hollywood on Sunday night. She wore her newly-dyed red hair down with loose waves.

While the 32-year-old turned heads in her cleavage-baring gown, Kim also was flaunting her hot bod in red low-cut gown, adding another pop of color with a sexy red lip.

Heidi wasn't showing as much as Britney and Kim, but the stunning supermodel looked picture perfect in a bold black beaded gown at the Oscars viewing party.

And while even Courtney Stodden attended an Academy Awards event (see her revealing look in the gallery above), there were still some A-list actors on the town too! 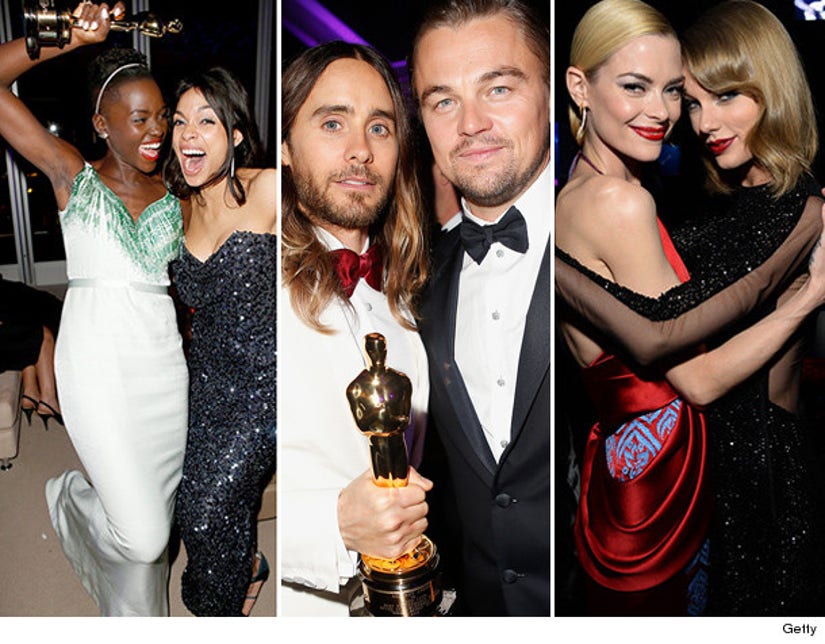 Winners like Lupita Nyong'o, Jared Leto and Cate Blanchett all proudly showed off their little gold men as they got down at the Governors Ball and the Vanity Fair After-Party.

And then there was Lady Gaga and Kelly Osbourne, who appeared to put an end to their feud by choking each other out for the cameras!

Click "Launch Gallery' above to see all of the after-party madness!