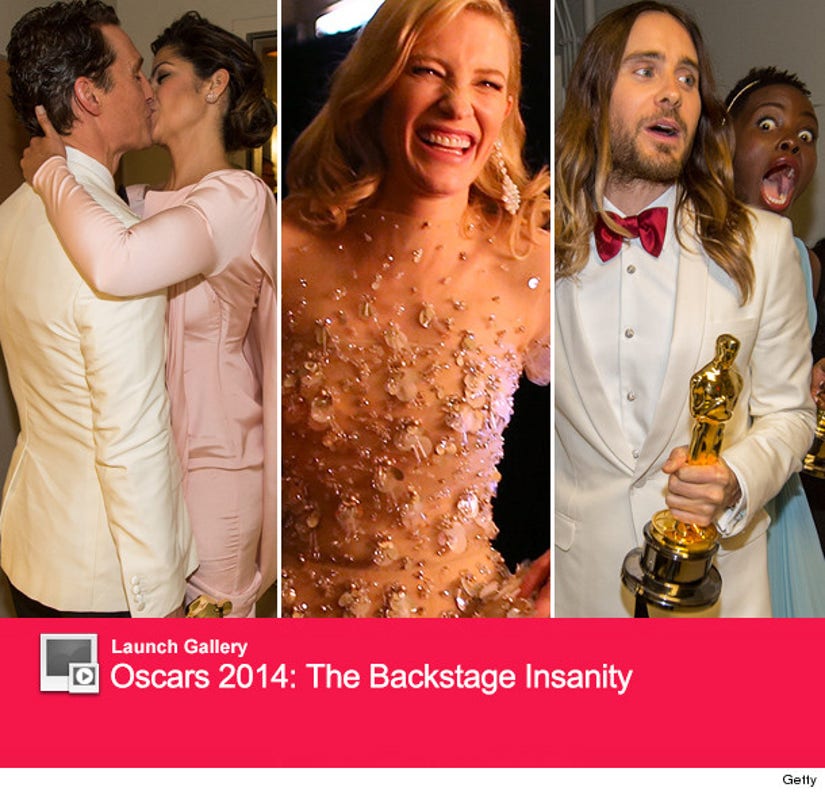 Some of the best moments from the Academy Awards happened off-screen, whether they were backstage candids or celebs' personal Instagram pics.

Here's some of the best stuff you didn't see yet!

After his big win for Best Actor, Matthew McConaughey was met backstage with a BIG kiss from his wife Camila Alves ... who was clearly just as moved by his touching speech as we were.

His "Dallas Buyers Club" costar Jared Leto was photo-bombed backstage by Lupita Nyong'o ... who also had a mock fight with Jennifer Lawrence over her little gold man. J-Law lost out to the "12 Years a Slave" star for Best Supporting Actress. 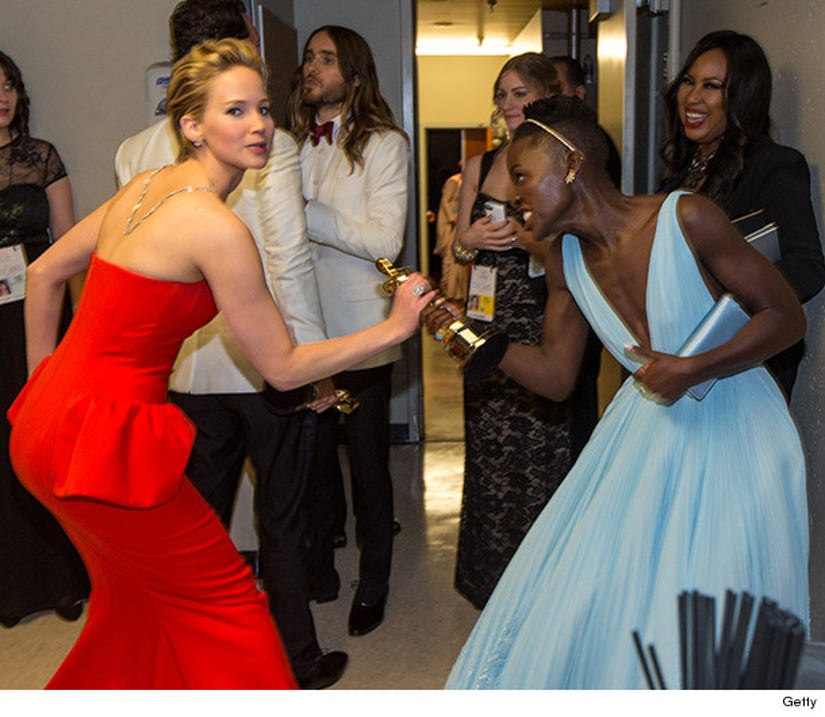 Other backstage moments included Cate Blanchett beaming after her big win ... and stars like Angelina Jolie, Joseph Gordon-Levitt and Zac Efron all relaxing before heading onstage to present. 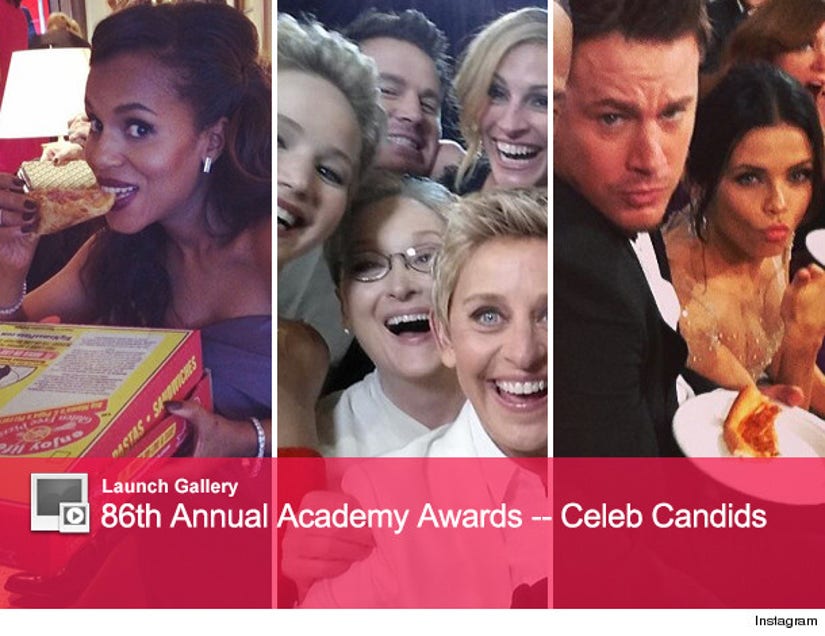 And it wasn't just the professional photos we're excited to check out this morning.

From the selfie seen round the world to the happy attendees and their pizza, celebs were all over Instagram this year.

Check out the candid pics that your favorite celebs posted while getting ready for the show and during the awards themselves in the other gallery above.

- Academy Awards: All the Red Carpet Photos
- Oscar After-Party Madness: See Who Got Down!
- The Can't-Miss Moments from the Oscar Telecast
- Ellen DeGeneres' Best Opening Monologue Jokes
- Academy Awards: The Winners List
- The Best Dressed List
- The Worst Dressed List
- Angelina Jolie Stuns on the Red Carpet
- How Did Lady Gaga Look at the Oscars?