There were a lot of sneaky celebs at the Academy Awards and accompanying after-parties on Sunday night -- with photobombs happening all over the place!

And it's reallllllly hard to pick out our favorite. 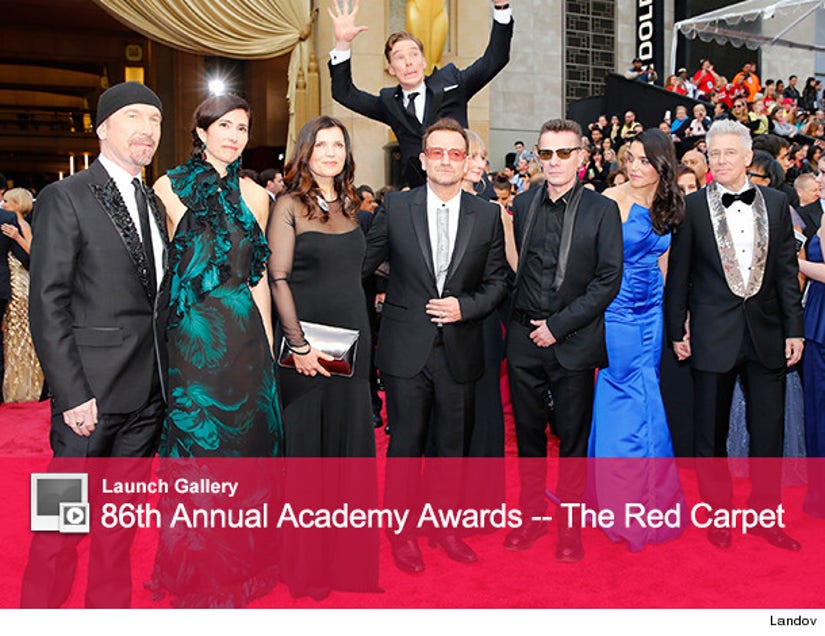 "Sherlock" star Benedict Cumberbatch kicked off the craze (and just may have done it the best) when he decided to jump up behind U2 on the Oscars red carpet.

His face, ridiculously high jump and the fact that he pulled it off behind Bono make it a hard one to top. 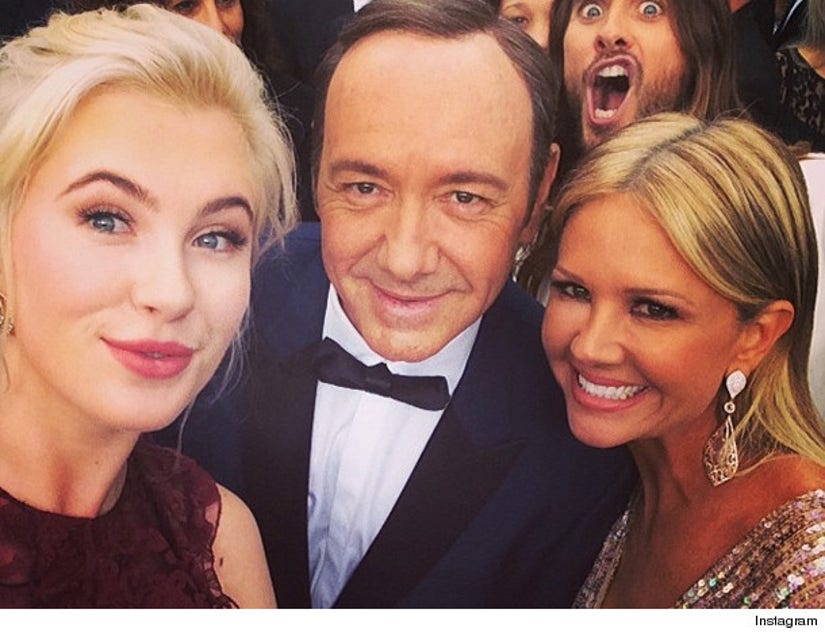 Jared Leto also crashed a photo on the carpet, sneaking in behind Kevin Spacey, Nancy O'Dell and Ireland Baldwin.

Inside the ceremony, there were a few bombs going off backstage too. 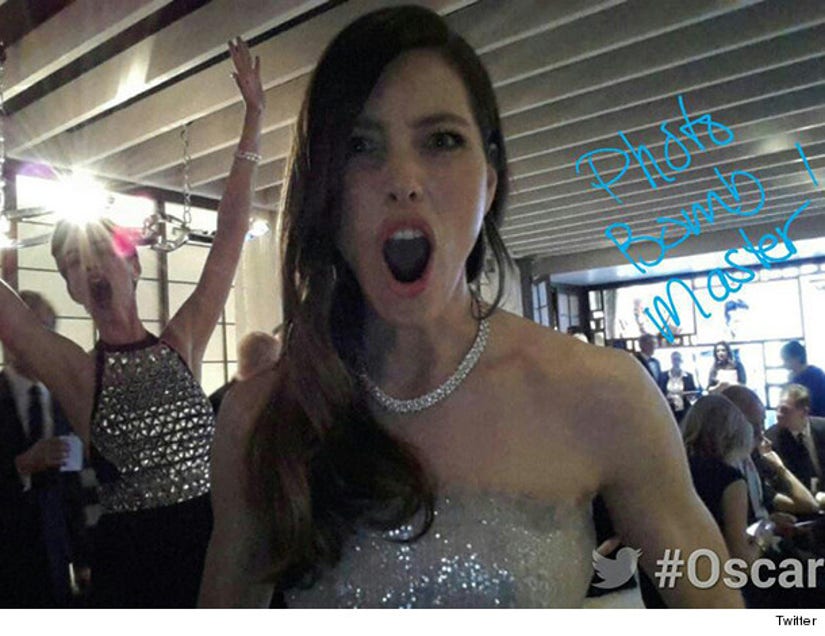 First up was Anne Hathaway, who proved she can be fun by infiltrating a photo of Jessica Biel. The Academy loved it and decided to dub the "Les Miserables" star a "photo bomb master."

We gotta admit, it is nice seeing a more relaxed shot of the sometimes stiff actress. 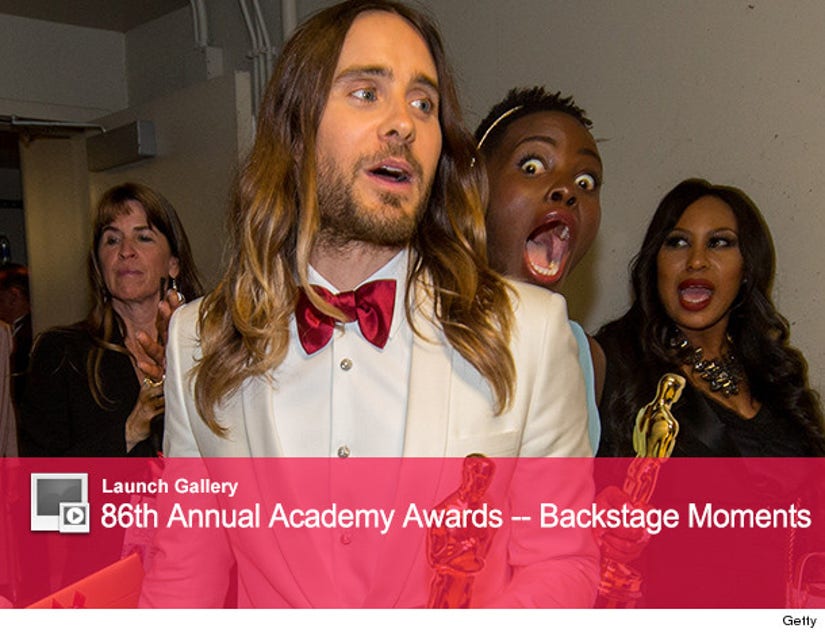 The "12 Years a Slave" star is definitely stealing some of Jennifer Lawrence's thunder when it comes to being the It Girl of the awards show circuit. 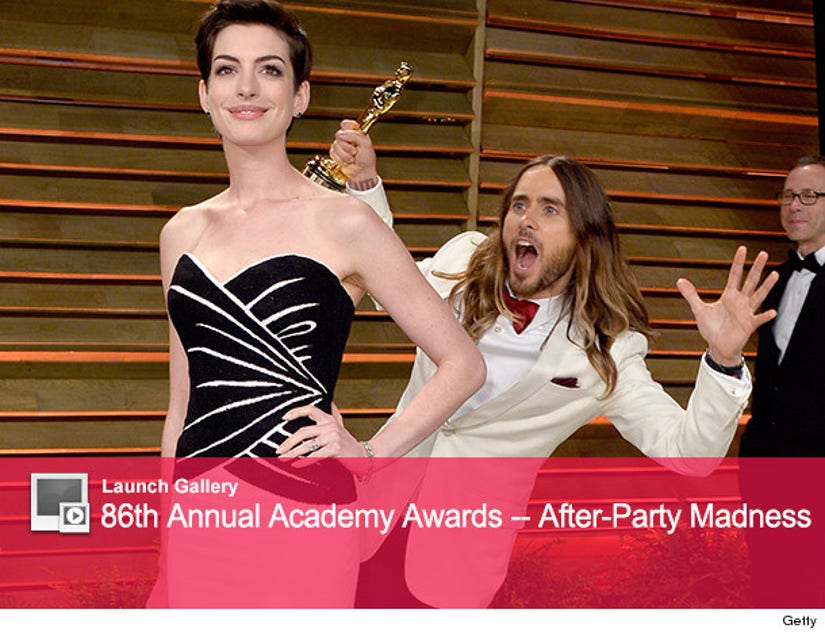 Jared was definitely the Photobomb King of the night -- popping up in one more sneaky shot at the Vanity Fair after-party behind a totally oblivious Anne Hathaway.

And he wasn't the only one causing chaos at that party. 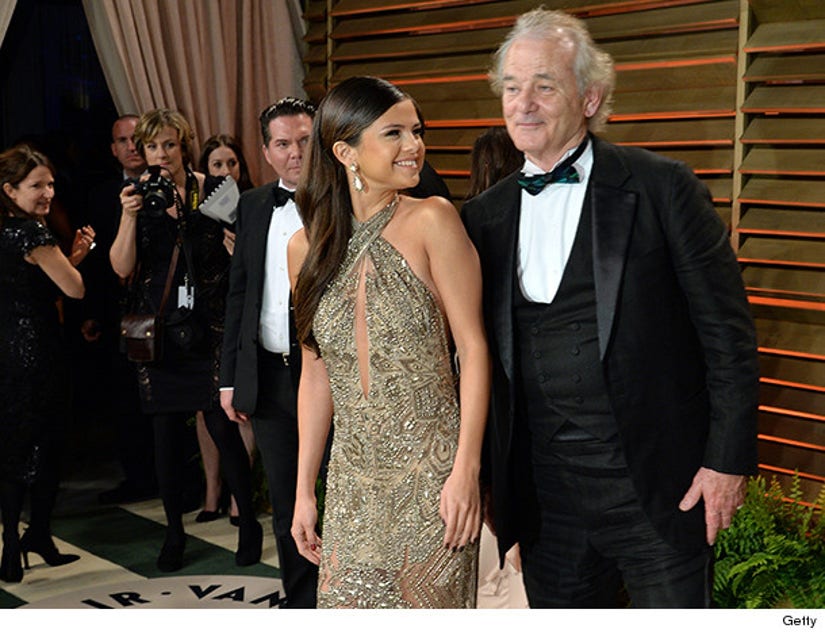 In the most random shot of the night, Bill Murray popped up behind Selena Gomez.

It's unclear if either of them had any idea who the other was, but it's definitely an interesting photo to say the least!

And now for a Bonus Photobomb: 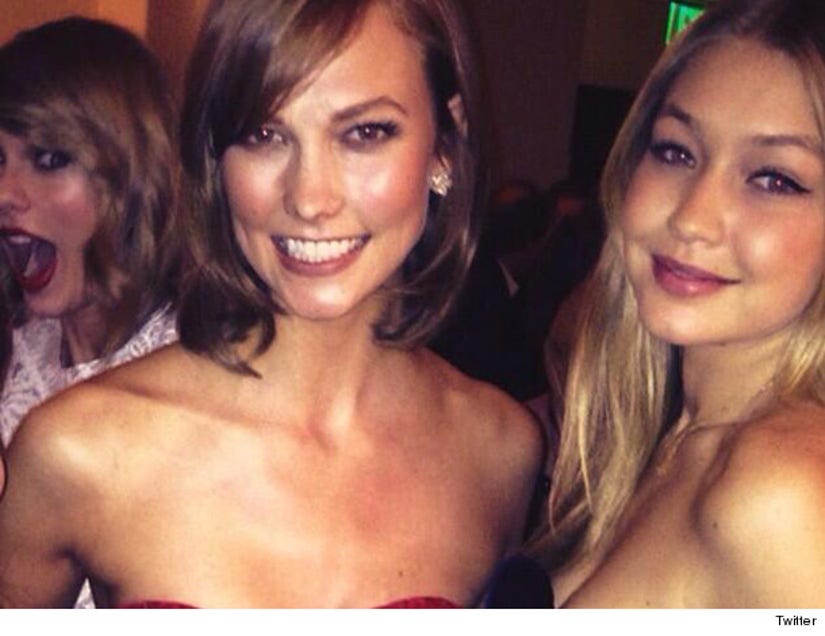 While it didn't happen on Oscar Sunday, Taylor Swift also made an uninvited appearance at the Weinstein Company's pre-awards bash on Saturday night.

The country singer made a quick cameo behind Karlie Kloss and Gigi Hadid.

So -- who did it best? Sound off in the comments below!