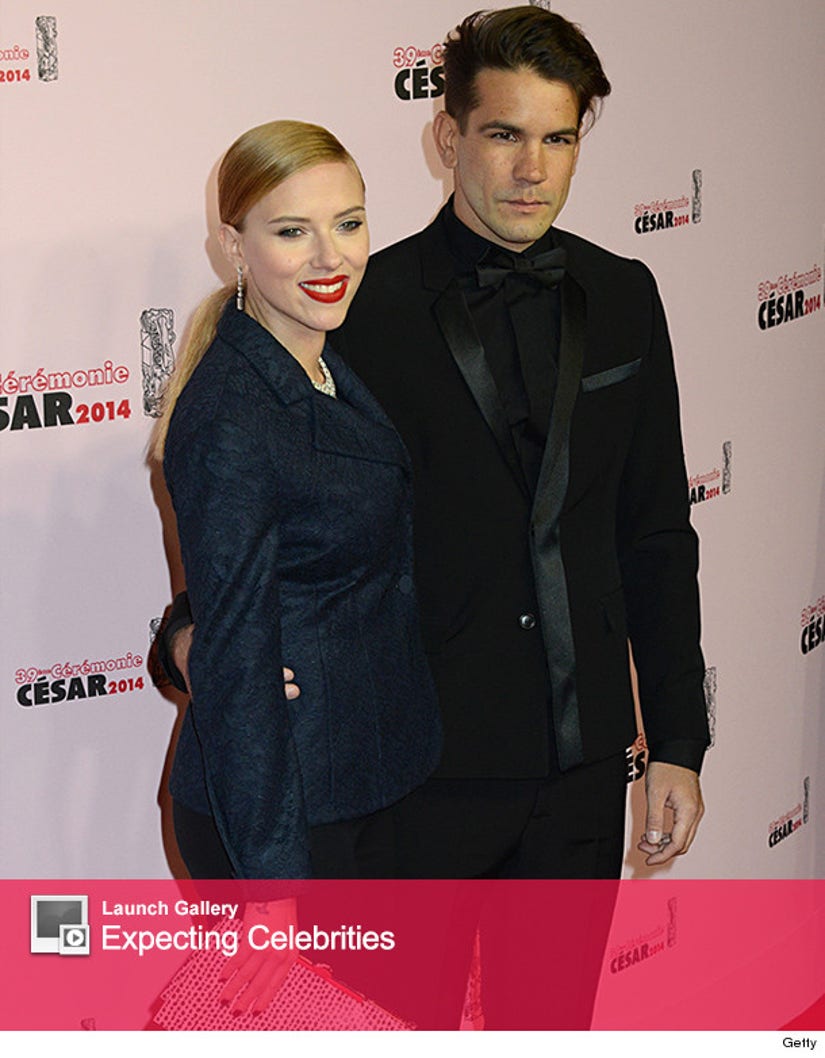 Scarlett Johansson has a bun in the oven!

The actress is reportedly expecting her first child with fiance Romain Dauriac and is about 5 months pregnant, according to TMZ.

The pregnancy news comes just six months after it was announced that Scarlett is planning to tie the knot with her French journalist beau.

The cute couple went public with their relationship in November 2012, not long after Johansson ended a roughly year-long romance with Nate Naylor.

She and Ryan Reynolds divorced in July 2011 after almost three years of marriage.

The "Don Jon" beauty recently opened up to the Daily Mail about starting a family.

"I would like to have my own family, that would be nice," she said. "They say it's never the right time and I am sure that's true, but I think you have to plan it like anything else."

Maybe the lovebirds have been planning to add to their brood?